Vehicle Owners with Defective Takata Airbags Urged to Get Replacement

The National Highway Traffic Safety Administration says that Takata airbag replacement problems are over and vehicle owners need to act, but many consumers have already tried to act.

If you received an “owner notification letter” from your car dealership regarding a defective airbag and there was a problem getting a replacement inflator, the National Highway Traffic Safety Administration says supply problems are over. But the Center for Auto Safety states that only a fraction of car owners have acted, with nearly 60 percent of inflators untouched. That statement, however, may not be completely accurate. 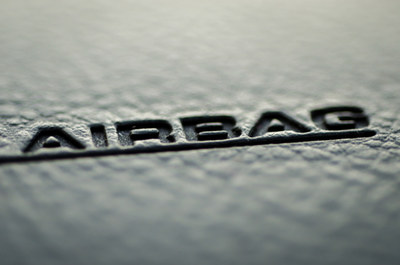 
Since 2008, more than 37 million vehicles, with 50 million airbags, have been subject to the Takata airbag recall, making it the biggest auto recall in U.S. history. There have been at least 22 deaths and over 180 airbag injuries due to rupturing Takata airbag inflators. Obviously, this recall isn’t to be ignored, but millions of drivers “are driving around with ticking time bombs,” said Chris Martin, of American Honda Motor Co. (Honda has changed up to 70 percent of the airbags in its vehicles but didn’t stop using Takata airbags totally until 2016.)


What isn’t known is how many vehicle owners did contact their dealer for a replacement inflator, only to be told that it wasn’t available. LawyersandSettlements has received many complaints from frustrated consumers. For example, Richard from Sacramento was involved in a car accident where the airbag did not deploy on the driver side but did so on passenger side. Luckily there was no passenger. He says that BMW sent notices and he has tried to get a replacement airbag, but they still don’t have the parts.

Sharon in Greenback, Tennessee has a similar complaint, but with Ford. “I have received letters from my car dealership about the recall but when I call they say they have nothing to replace it with,” she says. “They also said they will ‘stay in touch if they get a replacement airbag’ but I have been waiting for about two years! I have tried calling Ford but spend hours on hold only to be transferred and told to contact my dealership. I am worried: what if my airbag blows up and someone is injured—or worse?”

And Daniel says he has been to five Ford dealerships in his hometown of Louisville, Kentucky – eight times. “I have been billed twice and told to pick up the part from one dealership and I have set appointments multiple times,” he emails. “The last [appointment], I drove 19 miles and they don't have a replacement airbag. No call, no going and getting one. Ford told me they had no control over what a dealership does. One person told me Ford had not been reimbursing the dealerships, so they aren't going to do the recall.”

This writer received an owner notification letter, instructing me to “immediately contact your Subaru dealer so that they can order your inflator and arrange for an appointment to have the front passenger air bag inflator replaced with a new one.” It went on. “Until this repair is performed, it is our recommendation that you or anyone else operating your vehicle do not allow passengers to ride in the front passenger seat.” So, what can be done when you must drive the kids to school, maybe plan a road trip with the family?

"If for some reason they tell you they don't have the parts, you should demand a loaner vehicle until they can give you that replacement airbag…you don't want to be driving around with this for any longer than you have to be,” said Jason K. Levine, executive director of Center for Auto Safety. And back in 2015, Huffington Post said, “there is an option for worried car owners waiting for airbag replacement: Ask for a loaner vehicle. You may get one -- and it might just save your life.”

Easier said than done. What are the chances your dealership runs out of loaner vehicles?

More DEFECTIVE AIRBAG INJURY News
In January 2017, Takata was ordered to pay $1 billion to victims of the faulty airbags and to car manufacturers for replacements. The airbags were found to deploy with little force and spray shrapnel into a driver and passengers. Why? Forbes (Apr 12, 2018) explains: Most consumers do not realize what enables an airbag to inflate so quickly is a mini explosion that happens in the steering wheel, dashboard, etc. Takata uses the chemical ammonium nitrate to create the “explosion.” This volatile chemical, companies have discovered, deteriorates over time when subjected to high temperatures, which can happen when an interior heats up in summer months and direct sunlight.

Levine adds that Takata used a cheaper chemical, in the ammonium, than they needed to. The ignition powder Takata used solidified over time, plugging up holes meant to relieve pressure. Takata filed for bankruptcy earlier this year

Posted by
Jerome Edwards
on August 11, 2019
My wife was hit on 06/01/14 on the driver side from driver door of her 2010 4 Runner almost $10.000 in damage 0 % air bag deployment . A complaint is on file with Toyota . My wife suffered head and neck injuries while Toyota ran out the clock.
Posted by
David Callais
on July 30, 2018
Received a letter from Lincoln Motor Company May 2018 regarding airbag recall. The letter indicated they previously sent a letter to me regarding the recall which I never received. The letter also stated that parts will not be available until second and third quarters 2018. I live in Breckenridge, CO and brought my Lincoln MKX to Summit Ford in Silverthorne, CO., about 15mi from my home. I was informed by the service department they did not have replacement parts and did not expect any until October 2018. When I asked about a rental car I was told they did not have any. I was told to try the Denver area dealerships which the nearest one is about 60miles away from my home. It's is now the middle of the 3rd quarter of 2018 and quite frankly I feel this is turning out to be a run-around. I will try calling the Denver area dealerships and hopefully they will be able to help. I will keep my fingers crossed and pray that nothing terrible happens meanwhile.
Posted by
Levius Petterson D Toussaint
on June 25, 2018
I have Cadillac Escalade Esv airbag recall on it but Takata fell to contact me about the issue I have been waiting to hear from them I still haven’t heard anything.
Posted by
Nancy Younker
on June 10, 2018
I had my airbag replaced in my Audi. Is it true the airbag will be recalled yet again bc of another faulty airbag?
Thx
Posted by
David L Wallech Sr
on May 20, 2018
I understand that you say that there is no longer a shortage of replacement airbags however our local Ford dealer did replace the steering wheel airbag but say they are still not able to get replacement airbags for the recall we have on the side airbag to date. What do we do? The dealer say they are unable to get a new airbag to replace the side airbag but yet according to your report there is no shortage of available replacement airbags for the recall. We are extremely worried about not getting our side airbag replaced. Why is the dealer telling us that none are available. The dealer is Hagerstown Ford in Hagerstown MD. This is the closest dealer and where we bought our 2013 Mustang coupe brand new. We feel as though they are just passing the buck. How do we get them to replace the side airbag when they tell us until they are available they cannot replace the defective airbag. They say they will call us when they get us but they have yet to call. This is an ongoing problem.
Posted by
Dennis
on May 20, 2018
It would be nice if you provided a link NHTSA to find out if your car needs replacement airbags. You can't depend on your car company to notify you of this... maybe they will, maybe they won't!
Posted by
Cynthia Fowler
on May 19, 2018
I have gotten letters from Ford and I have called them several times over a 2 yr period. They always say we don't have any of those airbags. But will let you know when we do. I even azked for a loaner car until this was replaced. They said there's thousandz of people with this problem. They can't loan vehiclez to everyone. My grandchildren ride in this truck. My disabled husband also. He has lots of Dr appts and we have to use our truck. Its our only vehicle. I pray our name's don't end up on the list of deceased because "someone" isn't wanting to do,their job. Ford should value it's customers.....
Posted by
Stephanie Ezzard Roudaut
on May 13, 2018
I received this as well and believe they weren't all replaced. My name is Stephanie R