The risk of a recalled Takata airbag eruption increases as the temperature climbs, but millions of vehicles with faulty airbags, including many Honda vehicles with airbag recalls (one of the most urgent threats), are rolling on.

The chances of a defective Takata airbag exploding and firing metal shards at you, even in a minor fender bender, increase with rising temperatures. But the National Highway Traffic Safety Administration (NHTSA) says many people driving unsafe cars, including Honda, Ford and Mazda, haven’t grasped the recall’s urgency. 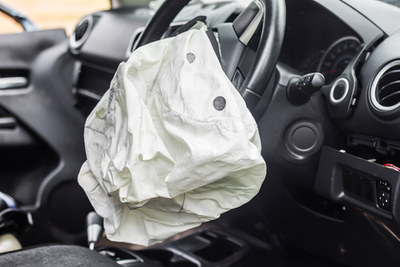 
Hot summer temperatures in southern states exacerbate the airbag defect. In San Fernando valley an outreach campaign is underway to encourage drivers with airbag recalls to get them replaced. Organizers with Airbag Recall: Operation Find & Fix, estimated that more than 2.5 million vehicles in California alone with recalled airbags have not yet been repaired. According to City News Service, recall-check events and other outreach efforts are planned to urge vehicle owners to get the bags replaced. “Tens of thousands of San Fernando Valley residents are still driving vehicles with defective airbag inflators,'' said Christian Rubalcava, president of the Sylmar Neighborhood Council. “I urge all Southern Californians, regardless of what you drive, to check you and your family's vehicles at AirbagRecall.com. You could save a life.''

Heidi King, NHTSA deputy administrator, told CNS that the urgency of having the recalled airbags replaced ``cannot be overstated…This recall is an important public safety issue for all Americans, but it is especially critical for drivers in Southern California, where prolonged exposure to heat and humidity exacerbates the defect,'' King said.


More than 450,000 vehicles with airbag recalls are yet to be fixed in South Florida. The U.S. Department of Transportation announced that three deaths in the state are related to schrapnel exploding from Takata airbags and Florida’s hot and humid weather increased the risk of malfunction. The NHTSA online fact sheet states that exposure to these weather conditions over time can cause metal parts inside the airbags to explode and send metal shrapnel parts slicing into car occupants.


Honda de Mexico said that it has replaced more than 300,000 defective Takata airbag inflators. While this number represents half of the potentially affected vehicles in Mexico, the company is urging drivers of Honda and Acura models to take their vehicles to the dealership where technicians will check the serial number (VIN) to identify whether their airbag has been recalled.


"Manufacturers need to do more to help people understand how deadly these airbags are. But at the end of the day, it's your responsibility to get your car fixed right away, if it's got one of these defective Takata airbags," said David Friedman, the Consumers Union policy director. No matter where you live, judging from such organizations as above and government departments, it seems like motorists are to blame for being lackadaisical. While there are statistics on the number of recalled vehicles and how many Takata inflators have been replaced, however, it’s not clear how many people have attempted to get their airbags replaced, only to find that the dealership has come up short. How many frustrated people like Delores Griffin have been waiting for a replacement?

The news program 5 On Your Side said that Griffin has been waiting since July 2016 to get her airbags fixed. Ford sent her a warning letter in December, 2017 saying that drivers should not allow anybody to sit in the passenger’s seat until parts are available and repairs can be made. But that is where she sits because getting in and out of the back seat is “a serious struggle.” Griffin called the dealership to get her Takata airbag replaced – as of last week, no parts.


At least 15 people, including three people from Southern California have been killed by defective airbags. Experts say that, of the 19 automakers included in the recall, select 2001-2003 Hondas and Acuras, 2006 Ford Ranger and Mazda B-Series trucks, ``pose the most urgent threat and are unsafe to drive.'' Going back to 2015, cars and trucks from the 2008 model year or older that were originally sold or registered in high humidity areas along the U.S. Gulf Coast are getting top priority for repairs. Honda is the highest risk of all automakers, with nine models designated as having the potential from Takata airbag inflators to explode with too much force. Honda’s Acura luxury brand on the high-risk list date to the 2001 model year. Fiat Chrysler is runner-up with seven models.

More DEFECTIVE AIRBAG INJURY News
To make matters worse for some owners, Honda is recalling 492 vehicles to replace front passenger airbag inflators because they may not have been installed correctly during a previous Takata airbag recall. Some dealership technicians apparently installed the replacement airbags in such a way that they may not deploy at all in a crash. Honda is sending out yet another round of recall notices to owners that begin this month.

More than 20 million Takata airbags are expected to be added to the already 50 million that have been recalled. More than 26 million airbags still need to be replaced.

Posted by
Tamara s Estes
on July 9, 2018
my daughter and i have a honda accord they put an airbag in but the light is still on . this is still not safe but they will not do anything about it
Posted by
billie j kendrick
on July 8, 2018
I have a 2010 honda pilot and would like to know if there is a recall on my airbag. Thanks.
Posted by
Tracy allis
on June 26, 2018
I was told my ford 2004 expedition has the airbag but that they were not concerned at Ford and said watch for something in the future. I took my car in to have it worked on and they damaged the vehicle which never had been done before and then tried to say I needed a new one anyway. My car is still functioning and I do not want my family with these airbags.
Posted by
Deborah K Wallech
on June 24, 2018
I have a 2013 Ford Mustang Coupe I purchased new in 2012. I purchased my car at Hagerstown Ford in Hagerstown, MD. I got two different recall notices for my car. The first one was for my driver steering wheel airbag which Hagerstown Ford did replace the defective Takata airbag. However, Hagerstown Ford have yet to replace the side airbag recall. I have called and emailed Hagerstown Ford but they said they do not have any more replacement airbags yet. They say they will call me as soon as they have some in stock. I have read that there is no longer a shortage of the replacement airbags and yet I am still waiting for my second defective airbag to be replaced.