LAWSUITS NEWS & LEGAL INFORMATION
Home Page >> News Articles >> US DOT: Your Car and Where You Live May ..

US DOT: Your Car and Where You Live May Increase Defective Airbag Risk

The U.S. Department of Transportation is urging drivers of vehicles with defective airbags to get replacements ASAP and warning some drivers not to drive certain models.

Of about 50 million Takata defective airbags being recalled, some vehicles are more dangerous than others, according to the US. Department of Transportation. And some places have a greater potential to cause inflator ruptures—heat and humidity are risk factors. 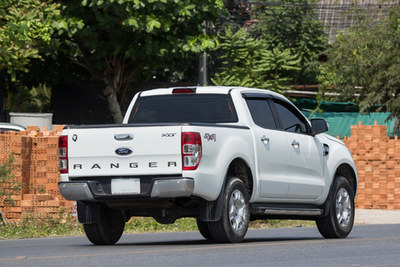 For instance, if you live in Florida or Puerto Rico and drive a Ford Ranger or Mazda B-Series truck more than 10 years old, leave it parked until you make arrangements at your dealership for a replacement airbag: The agency has issued a “do not drive” warning regarding these vehicles. But manufacturers say that about 50 percent of those drivers have not had their faulty side airbags replaced, despite the automakers offering to have vehicles towed to a dealership at no cost.

Not only are those models more at risk. Vehicles manufactured 11 to 16 years ago have older “alpha” airbags installed and if driven in hot and humid environments, they have been likened to “ticking time bombs”. The Associated Press (May 9, 2018) reported that Heidi King, deputy administrator at the Department of Transportation’s National Highway Traffic Safety Administration, “cannot stress strongly enough the urgency of this recall – these airbags are dangerous…Every vehicle must be accounted for now.”

Chances are, your vehicle has Takata airbags: Thirty-three car manufacturers with 181 different model vehicles dating from 2001 to 2017 have been affected by the largest auto recall in history.


The "alpha" Takata airbags were installed in more than 1 million Honda and Acura cars between 2001 and 2003, and they caused 11 of the 15 U.S. fatalities when their airbags ruptured. (Since Honda initiated the first recall in 2008, many Takata-Honda lawsuits have been filed.)

More DEFECTIVE AIRBAG INJURY News
It’s unclear why Volkswagen replaced faulty airbags with another set of defective airbags. Its first batch of recalled inflators was replaced with parts using desiccated ammonium nitrate, but the chemical ammonium nitrate is key in causing the inflators to rupture and spray shrapnel. According to cnet.com, VW is now replacing them with inflators containing guanidine nitrate propellant, and so the remaining vehicles that haven't had their airbags replaced will only need to get one recall…


To further urge drivers to get their Takata airbags replaced, Fiat Chrysler Automobiles in Miami has designated May Airbag Recall Repair Month to encourage drivers of all models get their airbags replaced. In a press release, Fiat Chrysler sated that, "The need for repairs is urgent…When the inflators in these faulty airbags rupture, they could spray metal fragments into the vehicle, causing serious injury or even death. The risk of an inflator rupture increases in the heat and humidity common to Florida."

The National Highway Traffic Safety Administration is urging all consumers to visit NHTSA.gov and use a Vehicle Identification Number, or VIN, to find out if their vehicle is included in the recalls.

Posted by
Steven Devore
on June 17, 2018
I have a 07 VW Passat wagon, the air bag light has been coming on. I haven't brough it to the dealership to have it repaired. Please contact me and let me know what I need to do. Thank you
Posted by
Wayne M Rizor
on June 17, 2018
I suspect that the component is manufactured from powdered metal, which unlike a solid steel part has granular porosity that absorbs moisture from the humidity in the air. The part starts to literally rust from the inside out which causes an already low impact material to become even more brittle and fracture when the airbag is set off.
Posted by
Jamila Sutton
on June 10, 2018
Hi I had a airbag born me in 2014 but no one help me though my lawsuit what should I do now
Posted by
Joyce M Wooten
on June 10, 2018
I live in Florida and last year had a 2003 Saab.While in traffic i hit the brake and the airbags deployed causing me to wreck,which totalled the car. I still owed 2000 on the car,so had to start over and get a new vehicle. The airbag issue light had just came on prior to it happening. I contacted an atty.but my vehicle was not on their "list".
Posted by
Greg Day
on June 10, 2018
We lost our daughter in a serious auto accident, the automobile had 7 airbags, none of them deployed, authorities here in Alberta tell us that since there is a $75,000 insurance cap no lawyer would take the case, so deaths will continue due to lack of concern of safety, it's a shame that money is more important than human life!
Posted by
Sonja brown
on June 4, 2018
I drive 2017 Honda was in car wreck Iin August my air bag exploded and the power came out and burned me on the arm my daughter air bag didn’t fill up all the way and her head the window shield it so much dust in the car we throught it was on ????