Edu always took Advil when he got a headache, but not anymore. One night about two years he took a few Ibuprofen (in the form of Advil) and went to bed. "I woke up a few hours later with an itchy face and scalp," says Edu. "I looked in the mirror and saw big red welts over my face and throat and my scalp felt lumpy." Fortunately, he made it to a hospital in the nick of time: Edu never thought an itchy scalp and a few headache pills could lead to SJS Ibuprofen.

"When I saw these welts it really scared me so I woke up my wife," says Edu. "She took one look at me and said, 'You need to get to ER right away.' It was a 20-minute drive to the hospital and as we were driving I started to have a hard time breathing. 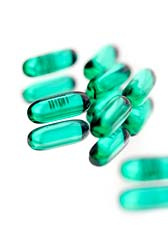 "By the time we got to the hospital my breathing had become very labored. They took me into a room right away and next thing I knew, it was the next morning and my wife was by my bedside. Sure enough it was morning, but two days later! I don't remember anything. I went into ER Wednesday evening and woke up late Friday morning. I tried to get up and couldn't figure out why I couldn't move. My limbs were tied down and my wife was sitting by my bedside. She was frantic.

My wife explained to me that my throat had become so constricted I couldn't breathe anymore. The doctor was trying to put a tube down my throat but it was so bad that he couldn't find one small enough to fit--he kept trying smaller tubes. 'I have one small tube left and if we can't fit this one, he will have to get a tracheotomy [ a surgical procedure on the neck to open a direct airway through an incision to the windpipe],' he told my wife. Luckily a tube fit but they fastened my arms and legs to the bed—I was in an induced coma and apparently I was trying to get the tube out.

The doctor came in and talked to me, asked me if I had taken Advil before. (My wife told him what happened.) I told him that I frequently took Advil but every time I took it, my scalp would itch. I'm a surfer and I just thought I had salt in my scalp. As soon as I mentioned my itchy scalp, he knew I'd had an allergic reaction to Ibuprofen. 'This allergic reaction gets progressively worse to the point that you could develop a breathing problem and angiodema [a swelling in the deep layers of skin] and possibly SJS,' he told me."

SJS, or Stevens Johnson Syndrome, can be lethal. It usually starts with a skin irritation such as a rash or in Edu's case, welts. Luckily, when Edu woke from his coma, the welts and swelling were gone. " I was very tired and that's about all that I can remember," he says. "They told me to never take Ibuprofen again and they gave me epinephrine injectors in case I accidentally take Ibuprofen or anything else that will result in this reaction. I have to keep this kit close by for the rest of my life--I keep it in my travel bag.

The doctor told me that with this type of allergy gets progressively worse to the point that I could have died. I think it is criminal—somebody at Advil HQ must have known of these potentially lethal side effects and the public should have been notified. They should list symptoms such as 'itchy scalp' and if these symptoms occur at any time, to see your doctor immediately.

If this happened on one of my surfing trips in Mexico (where I go a lot ) I would be dead. And I used to take Advil with me all the time. It is pretty scary to realize that I came that close to death.

All my kids came to visit when I was in hospital; they were afraid of losing me. I don't know why I am allergic to this med but now I have a long list of drugs I shouldn't take; I have to be very careful. But I also feel lucky—I have a lot of life left in me and I'm looking forward to retirement. But I came that close…"

Edu agrees with the SJS Foundation: the "Allergy alert" for products containing Ibuprofen should be revised to include a warning for aspirin-sensitive individuals and drugs such as Advil should contain a description of early symptoms associated with Stevens-Johnson Syndrome (SJS).

More SJS IBUPROFEN News
Children's Ibuprofen products have been in the news lately and a lawsuit was filed against the manufacturer of children's Motrin. On its website, the SJS Foundation says it has written to the FDA about Stevens Johnson Syndrome and children's ibuprofen products for over a year, and there have been "more reported cases of SJS to ibuprofen then to acetaminophen." Children or adults taking Ibuprofen (such as Advil, Motrin, Nuprin and Medipren) can become overwhelmed with Stevens Johnson Syndrome. If they continue taking the medication (because they do not know that the drug is causing the problem) then SJS can develop into the more severe form of the disease known as toxic epidermal necrolysis (TEN).

The mortality rate of TEN is close to 40 percent. As Edu says, he is fortunate; perhaps the next person who develops SJS Ibuprofen won't be so lucky.
READ ABOUT SJS IBUPROFEN LAWSUITS

Posted by
Hannah
on July 22, 2014
hi. i just found out late last 2013 that i am allergic to ibuprofen(advil) or any.
at first i thought i was allergic to seafood. shrimps in particular. i had a headache so i took two capsules of advil. when i was about to sleep it felt like it's really difficult to breathe then my eyes started to swell. we all thought i was really allergic to shrimp.
but then i started to eat Chinese dumplings which apparently had shrimp on it. nothing happened. so yeah, i wasn't allergic to shrimp.
then after maybe a week or 2. i had this extreme hangover. so i took advil. then again i experienced those symptoms. but i still didn't realize that i am allergic to advil. it made it really difficult to distinguish because i happen to have allergic rhinitis. then after maybe a week i took advil again because of an extreme hang over. again. then yeah, i then realized i am allergic to ibuprofen. it took me 3 times to realize that i am allergic. in the third time, i took in anti histamines so the swelling and the constriction would lessen. and it did help. i thought i was the only one. reading this article really helped.

Posted by
Jamie
on July 3, 2013
I've had the itchy scalp and welt reaction to Advil and ibuprofen for years (I had taken Advil for years prior to this reaction and it took me several more to figure out what was causing it). Now I just take Advil for really bad headaches and deal with the discomfort but I may find something esle entirely after reading this. I don't have any other allergies so it seemed like a minor annoyance for generally good results. I had no idea it could progress like this. I get big angry welts on the back of my neck, my scalp, and a few on my face...always in the same spots. I've never discussed it with my doctor because I never think about it when I'm in there but I may have to bring it up next time. How scary...thanks for this article. I would have continued taking Advil not knowing I could literally be putting my life in danger.
Posted by
Teresa
on April 13, 2013
You can be allergic to any drug or substance that occurs naturally. It is not the drug companies fault if you are not aware of the symptoms of an allergic reaction.
Posted by
Fawnde
on December 4, 2012
Thank you for this information. My son is 10. I gave him Advil junior strength, 3 tablets since he weighs 100 pounds for a mild headache just before school started. 45 minutes later his school called me asking me to pick him up because it looked like he may have a sinus infection since his eyes were swelling and he was holding his nose. When I picked him up I realized he needed medical attention right away. I took him to his PCP and he allerted me that my child is allergic to Advil. His face was totally swollen; eyes almost shut and lips still swelling. Luckily, I had Benadryl and had given him one as soon as we left the school. He was given Prednisone and Zyrtec and referred to an allergist. I will keep an EpiPen close for now on. My child has Asthma so I'm very worried about him. If you have given your child Ibuprofen/Advil or even Aspirin (many people who are allergic to Advil are also allergic to Aspirin) and he/she is having trouble breathing or any swelling or hives, please seek medical attention immediately! If Benadryl is handy that should be given in the interim. God Bless
Posted by
Iliana
on October 18, 2012
Thank You so much for writing this article, I gave my son one advil for body pain and he had the itchy scalp and i thought he was trying to get out of school. he had red welt on his arms and legs i gave him benadryl, I had no idea he was allergic . thank you
Posted by
Corinna
on May 21, 2012
Thank you so much for this article. I have been having the same symptons as well, itchy scalp, and the itch continues all over my face with little bumps. At first I thought it was from a little bug but then I noticed every time I take Ibuprofen that it happens to me. I've used it my whole life and never had any problems with it untill this year. So again thank you, I will no longer be using any medications that contain Ibuprofen in it.
Posted by
Katharine Bolender
on June 22, 2011
thank you!!!! I have been experiencing some of the same symptoms after being on advil for 8 days....itchy scalp,.....and labored breathing. I don't trust drug manufacturers AT ALL!!!!!!! I will stop taking the advil.......thank you!!!!
Posted by
Grace
on November 28, 2010
Thank you to the author of this article. It not for this, my boyfriend may have met the same fate. He developed an itchy scalp after taking Advil, it has been like that every time he took it. We thought it was a harmless allergic reaction. After reading your article, his life may have been saved! Thank you so much.