British Boy 'Lucky to be Alive' From Stevens Johnson Syndrome

He is only 11 years old. And Calvin Lock's mother was convinced her son was going to die in the midst of battling Stevens Johnson Syndrome. The British family was devastated when their son was diagnosed with the life-threatening condition after taking ibuprofen. 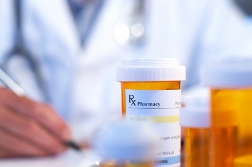 In this case, according to the BBC (10/31/12), Nurofen for Children. Calvin had the flu—a common malady, and equally common is to take over-the-counter medication to combat the effects. And while the emergence of SJS as an allergic reaction to ibuprofen is rare, it happens nonetheless.

It happened to Calvin Lock.

As recounted by the BBC, five days after taking Nurofen on September 21 for his flu-like symptoms, the 11-year-old awoke to a burning ear and rashes on his face and stomach. SJS often starts with the appearance of Stevens Johnson Syndrome rash. Doctors initially thought it was chickenpox.

However, as his condition worsened and he was moved to a different hospital in the UK, doctors there recognized Stevens Johnson Syndrome symptoms and began treating him for the rare skin condition in earnest.

It was touch and go for several weeks, according to the BBC. The boy's condition quickly went downhill and he was moved into the ICU, where he remained on life support for a period of three days.

From there, the young Stevens Johnson Syndrome skin disease patient was transferred to the burn unit at Broomfield Hospital in Chelmsford, Essex. It was there that doctors discovered things were turning from bad, to worse for the young patient. Lock was diagnosed with Toxic Epidermal Necrolysis Syndrome (TENS), which is an even more rare, and more severe form of SJS.

In total, the boy lost 65 percent of his skin and all of his hair. "It looked like someone had beaten me up and threw me through a window," the young patient told the BBC, "because all my face was cut and scarred."

Robyn Moult feared she was going to lose her son. She was told her son had little chance for survival.

"It is like watching a horror movie. Watching when his skin started coming away, it was like a nightmare," she said.

There is a happy ending in this SJS story. After losing more than half of his skin to the violent condition, Calvin made what most described as a miraculous recovery. And Calvin is thankful, telling the BBC, "I'm happy that I'm here with my family and I'm happy still to be alive."

The family plans to start a charity in their son's name, in an effort to raise awareness about Stevens Johnson Syndrome and the risks of taking ibuprofen.

Robyn Moult will not soon forget the experience of watching her son shed his skin like a snake.

More STEVENS JOHNSON SYNDROME (SJS) News
"It looked like someone had poured [gasoline] all over him and then set him alight," Moult told The Sun (10/31/12), a British tabloid. "It's been a tough time for us all, especially Calvin. We just feel so lucky to have him here with us as we were warned to expect the worse when they put him on the life support machine. His vision has been affected as his eyes were so badly blistered, and he even had to teach himself how to walk again."

It is not known if the family has any designs on contacting Stevens Johnson Syndrome lawyers and litigating against the manufacturer of the medication that triggered the condition. In a statement to the BBC, Dr Aomesh Bhatt, UK medical director at Nurofen for Children, said: "We are saddened to hear about this case and are contacting the family to ensure we ascertain the full details of this case as part of our normal reporting procedures for medicines."

I'm looking to get help with my case. I have a Lupus and I live in th UK. I have been given new drug for Lupus called Hydroxychloroquine and I started taking it on 1st Jan 2013.

I would like to make clear that I'm a person who is very much interested in what goes into my body and I ALWAYS research any drug that I may take for any side effects as its very important to me. I have not read anything about Stevens-Johnsons Syndrome in connection with Hydroxychloroquine. My doctor gave me several pages to read about the drug and side effect, no mentioning there either.

3 weeks into the new treatment I have started feeling unwell and withing 3 days I was hospitalized with SJS. I am still unwell, worried and scared...

I would like to seek a compensation from the manufacturer of Hydroxychloriquine which is Blackrock Pharmaceuticals in Maidenhead, UK.

Please, let me know if you have any relevant information that could help me. Any information will be much appreciated. Do you know of any lawyers that would be able to represent me on no win no fee basis?

Thank you very much for your time.