Attorney Slams the Makers of Adderall

When attorney Andy Hollis of Hollis, Wright, and Couch, P.C., talks about Adderall, he gets angry. Hollis knows how much damage and anguish this drug has caused; both as a street drug favored by college students, and as prescription for children over the age of three and adults with ADHD—many of whom have suffered respiratory and heart problems, toxic shock, a host of psychotic problems, and even death. 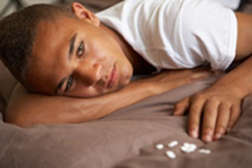 "Many psychologists consider Adderall as a gateway drug, leading to addiction of other drugs such as cocaine, and it is increasingly even more popular," says Hollis. "For instance, a recent study found that as many as 20 percent of college students use it to study and cram for exams. Many adults consider it a smart drug to replace cocaine but that is not the case."

Adderall is a category 2 drug, which puts it in the same category as cocaine, opium and morphine. In 1996, it was approved for ADHD, and as Hollis points out, it has a high potential for abuse.

Hollis has a litany of facts and statistics arguing the case against Adderall, which is basically a strong stimulant drug prescribed to treat attention deficit hyperactivity disorder (ADHD).

"In 2004 the manufacturer [Shire Pharmaceuticals] reported 20 deaths by heart attack and 12 strokes, from children to adults," says Hollis, "and those deaths and strokes occurred mainly in those individuals using Adderall in a prescribed manner. Hollis says those statistics were voluntarily provided by Shire to the FDA and reported on MedWatch back in 2004. That is when Health Canada removed the drug from the market but the FDA didn't do anything until 2006.

Why hasn't the FDA posted any data since 2006? "It has been proven that only 1 percent of adverse occurrences related to any drug have been reported to the FDA, and most of these adverse reports come from the manufacturer of the drug, so what you have is a situation where the wolf is guarding the henhouse; and the warning for the drug only attributes health problems if it is misused," explains Hollis. "Extrapolate that data and you have a big problem with a drug like Adderall."

(Since 2006, LawyersandSettlements has been reporting on the dangers of Adderall, specifically how it has become a street drug. Given that fact, and combined with millions of dollars in prescriptions for ADHD in children, Adderall has been referred to as a "cash cow" for the manufacturer.)

To make Adderall even more insidious, Hollis refers to neurologist Dr. Baugham, who has stated that the exponential increase in ADHD over the past decade is nothing but pure fraud—and it is mostly happening in the US. Of course this is great news for the drugmakers, but not so for children, some of whom have had strokes—yes, children can have strokes and heart attacks.

How did Adderall become so mainstream? "According to the Association of Psychiatrists, just about half the population in the US has ADHD symptoms," says Hollis. "These symptoms were written in such a manner that half the people in the US would have ADHD."

According to Dr. Baugham, in 1987 there were 14 symptoms attributed to ADHD, and if a child had eight or more of those symptoms, they were diagnosed with ADHD:

More ADDERALL News
Dr. Baugham attributes the Association of Psychiatrists' report (1987) outlining the symptoms or criteria of ADHD as a marketing scheme so that the makers of Adderall and similar drugs such as Ritalin could make more profits.

"This drug is over-prescribed by doctors for a condition that they don't fully understand," says Hollis. "For example, if someone is bipolar and they take Adderall in the manic stage of the condition, they could go into psychosis and not know what they are doing—and that could be very dangerous. As well, Adderall is causing strokes in the customary manner as prescribed, in other words, in people not abusing the drug.


The law firm Hollis, Wright, and Couch, P.C., takes all injury cases on a contingency fee basis, so you are never charged a legal fee unless you are compensated for your injuries.

Posted by
Tammy Lowery
on November 27, 2017
I have been taking adderoll since 2010 when my nursing instructor suggests I get back on ADHD meds to focus. Since then I lived in dentist chair getting same teeth filled over and over again. I lost all molars and some premolars along with both canines and 2nd premolars on top and bottom. I have lost these teeth eating soft things such as pizza and soft tacos, half the tooth would break then whole tooth. I have sufferred from bone loss and shift in bottom, where not able to get bone graft and implants due to bite shifted and bottom moved over a whole tooth canal where no room for implant to fit, I have 1 bridge on to get a bridge on top right and bottom right now too and wasted 1000 on crown for tooth next to where was going to get bone graft/ implant and ct scans and panoramic xray/ consultation! I am so mad about my teeth !!
Posted by
Keith
on September 8, 2014
These are the most rediculous articles I have ever read. This sounds like nothing but a money scheme by a bunch of money hungry lawyers looking to make a name and more money then we can count. They need to stick to law, and they need to leave the medical field up to the real medical experts trying to help all others all over the world health wise not welth wise. You will never make it in this world trying to make this much money using the good medical people that spent more time studying and using their own money to get their degree and use their brain power to help others help others by curing people!!! These type of lawyers will realize one day they are going after the wrong people, and if not GOD will correct by making the medical field more powerful!!! Their is good and bad in everything in this world, but for anyone to go after the medical field is the most rediculous thing I have ever heard of. You are either money hungry, mislead, or not thinking it out right because you are over reacting due to wrong emotions. 99.9% of everyone go into the medical field for the right reasons (To help heal). I say 99.9%, because nothing but GOD is 100%. People make mistakes even in the medical field, but to go after them for a bunch of quick money is never the answer. GOD BLESS US ALL!!!????????
Posted by
L
on February 5, 2014
Search on the internet "Im Addicted to Adderall" and you will see hundreds if not thousands of people with the same exact story as T.H.'s below.

Those who defend their usage of this drug will have a very rude awakening in a couple of years. They will wish they have never touched this drug. If they think adderall worked wonders, wait until this drug makes the wonder of making their lives unbearable. Its a sight to behold to see someone full of life and then slowly but surely watch him deteriorate to the point they cant even get out of their beds.

This drug literally raped my soul. I was just a young kid who believed what the doctor told me. I will never fully recover.

Posted by
T.H.
on April 8, 2013
The commenters responding to this article have no idea what they're in for. I have been prescribed adderall since I was 14 and am now approaching my eighth year on this medication. The first few years it seemed like a wonder drug. But before I knew it, I started to depend on it to simply get out of bed in the morning. My teeth are ruined, I regularly have nights where i just don't sleep at all, and just today I was diagnosed with Anemia (resulting from the lack of appetite from 8 years of prescribed amphetamines). I also smoke a pack of cigarettes daily (but when I don't take my medicine I feel NO urges to smoke, even after all this time). But that's not even the half of it. I have spent the last 2 years trying to find the strength to get off of it. When I don't take it all I want to do is sleep/ eat all day and none of my usual activities interest me whatsoever. I'm pretty much debilitated once a month unless I can get my script filled on time (which is rare). I'm currently in process of lowering my dosage but I still find myself struggling to feel like i can handle life with adderall. Going from amphetamine fueled interest and motivation in everything I do back to being 'normal' is a terrifying thought. If you are on this medication long enough you WILL become dependent. I try to consider myself one of the lucky ones, at least starting the medication when I was 14 gave me enough time without it to vaguely remember who I was before. There are millions of kids growing up on this junk, never really knowing who they are because they built their personality and their interests off of amphetamine fueled happiness. Could I go back now, I never would have started this 'medication'. There are healthy ways to cope with add that don't involve popping pills everyday and losing yourself in the process.
Posted by
john
on April 7, 2013
I am 45 years old a recovered drug addict I have been on aderall for 3 years it has changed my life allowing me to think and concentrate on life problems this drug has changed my life
Posted by
ILLYSE WILSON
on January 9, 2012
i am a 44 year old woman with ADHD/OCD. i was on this drug adderall. the PA that gave it to me had my chart in her hands, said to me,"you have 3 different cases of anemia." i sad, "yes" and didnt know the meaning. i was handed a script for aderall. i am so sad when i have to remember what i went through. the pain, the fright, the feeling of doom and accepting my own death and the fact that since i didnt die, noone would help me (wrongful death settlement) my cardiologist put my on diltiazem/cartia. i was wronged and almost lost my life over it. im crying, i cant finish
Posted by
Amy Alkon
on December 29, 2011
Reprehensible, trying to ban this drug, which has changed my writing life from torture to a sometimes-tough job I love.

The answer is for physicians to better vet their patients for heart problems -- not to take it away from people like me whose life it has changed immeasurably for the better.