Shire Pharmaceuticals, the Adderall manufacturer, took a major blow last month: the US Department of Justice (DOJ) and a number of state AGs announced a settlement with the Irish drug company regarding violations of the False Claims Act. 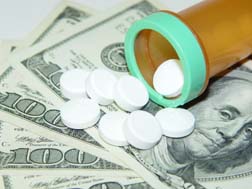 Shire will pay $56.5 million to settle accusations of making false claims in the marketing of its attention deficit disorder drug Adderall XR and other medicines, according to the New York Times (Sept 24, 2014). The drug company was accused of promoting Adderall with claims that it was superior over competitive medications without clinical data to back up such claims. Shire was further accused of promoting Adderall off-label (i.e., for uses not approved by the FDA) and other claims not supported by scientific evidence. For instance, Adderall XR was marketed to “prevent poor academic performance, loss of employment, criminal behavior, traffic accidents and sexually transmitted disease,” according to the Times. The allegations cover activities by the company between January 2004 and September 2010.

Specifically, Shire was accused of promoting Adderall XR as clinically superior to other ADHD drugs despite a lack of clinical data to support such claims and for the treatment of Conduct Disorder, an indication not approved by the FDA.

“Marketing efforts that influence a doctor’s independent judgment can undermine the doctor-patient relationship and short-change the patient,” said U.S. Attorney Zane David Memeger and announced by the US Department of Justice. “Where children’s medication is concerned, it can interfere with a parent’s right to clear information regarding the risks to the safety and health of their child.”

Also on its website, Acting Assistant Attorney General for the Justice Department’s Civil Division, Joyce R. Branda, said that “Patients and health care providers must receive accurate information about available prescription drugs so that they can make safe and informed treatment decisions…The Department of Justice will be vigilant to hold accountable pharmaceutical companies that provide misleading information regarding a drug’s safety or efficacy.”

Shire also settled with the state of Louisiana for $2.9 million to resolve a separate civil complaint for violations of state law. And The Montana Attorney General added to the fray, announcing that Montana has joined with other states and the federal government to settle allegations that Shire engaged in off-label marketing campaigns that improperly promoted five of its drugs: Adderall XR, Vyvanse, Daytrona, Lialda and Pentasa

“While Montana’s share of this settlement is fairly small, the big news here is that we’ll continue to hold pharmaceutical companies responsible when they deceive our providers and patients in the way they promote their products,” Attorney General Tim Fox told the Targeted News Services. Montana will receive almost $30,000 that will go toward restitution and other recoveries for the Medicaid program.

The settlement came about from two qui tam lawsuits filed by whistleblowers in the United States District Courts for the Eastern District of Pennsylvania and the Northern District of Illinois under the federal False Claims Act and various state false claims statutes.

More ADDERALL News
The whistleblowers comprised former Shire executive Dr. Gerardo Torres and three former company sales representatives. Torres will receive $5.9 million as part of the settlement. The National Association of Medicaid Fraud Control Units (NAMFCU) helped with the investigation and settlement negotiations with Shire on behalf of the states, and included representatives from the Offices of the Attorneys General for the states of California, Indiana, Michigan and New York.

If you are a medical doctor or pharmaceutical company insider and have documented proof of a drug company selling its product under false pretenses, or the drug is being sold off-label, The Corporate Whistleblower Center urges you to call them at 866-714-6466. Given the reward paid to Dr. Torres, it’s something to consider.

As a condition for the settlement, Shire is entering a Corporate Integrity Agreement (CIA) with the US Department of Health and Human Services, Office of the Inspector General, which will closely monitor the company’s future marketing and sales practices. Shire has not admitted any wrongdoing in connection with the settlement.
READ ABOUT ADDERALL LAWSUITS

Posted by
ANONYMOUS
on January 9, 2019
I am a 39yr old female who had been diagnosed ADHD as an adult. I have been on Adderall since Dec. 2014 till now Jan. 2019 and had no idea that this drug is more damaging than helpful.Yes, in the begining it seemed to have ceased a lot of my negative ADHD symptoms. It was being noticed at work ( btw, it was the longest job I ever had) I got more money, bonuses and rewards.My bills were paid ahead of time. My home was actually clean & organized (alphabetically stocked can goods) )and you could eat off my floors. At 38 yrs old I finally got a drivers license! I remember how good it felt to feel normal like everybody else, I was a grown up! Being able to focus , make major decisions and for once in my life accomplish goals i set! I could actually get things done without my symptoms interfering. But after only 18-24 months it seems to loose its effects and exacerbate ADHD symptoms and bring on a whole new host of random side effects. For example anxiety. I never experienced anxiety on such a level it is debilitating! Irrational fear as well After the second year medicated everything changed.Chronic tardiness started again but this type i wasn't cut any slack. I was FIRED. Symptoms were coming back only I wasn't aware of what was happening.Mind you me and my husband separated right before i got on meds so ( there is no excuse for oh im depressed, that is why I was late). I used that excuse 2 yrs earlier non medicated. Anyway during that year of losing my job, apartment and having my drivers license suspended I started to get unexpected minor health problems (odd allergic like reactions that no dr could explain. One day/week/month I would have symptons and pain of Sciatica to a T but they would quickly appear and disappear. The next was a weird rash on my back, edema of my lower legs and barely able to walk. No explanation! The next symptoms were thinning hair and dandruff so bad i had scabs!! I Never had any ailments like this in my life either. Drs did liver tests to see f it could be hep C related and it wasnt i hadn't had hep C long enough to cause these type symptoms anyway Meanwhile
I had to move in with my father for basic needs. I felt like such a failure.My unemployment ran out and I slipped into a major depression ( often contemplating suicide) I know adderall did not cause these things to happen in my life but it went from helping to worsening my ADHD symptoms and i believe added random health and psychological problems because somewhere along the I neglected major things in my life and was only hyper focusing on small stuff so much so that you couldnt get me to pull my brain away from insignificant thingsi . I lost my ability to actually plan ahead.I have no direction in life, Anxiety in overdrive if I leave my house and to top it all off gained 45lbs the last 6 months f taking adderall. And was told my blood pressure is dangerously high. I am just finding out it shouldn't be taken for more han 2 years Now I am suffering from the after math of this drug and detox isn't easy...I literally crave and think I need it ! This drug tricks you into becoming an addict and a customer for Life!
Well no thank you! I am also in the process of applying for SSI/ Disability for the second time. I am not the same bubbly happy person I was before being prescribed this drug. I recommend an alternative or DO NOT PLAN TO STAY ON IT LONG TERM and TRY LOWEST DOSE FIRST! And be careful !

Posted by
Robyn Hill
on August 10, 2015
I took Adderal for many years, my Dr at the time put me on 50 mg a day. One day I got sick and have never recovered I really believe the adderal did something to my body & brain. It's been 4 years since I stopped taking it and am no better.
Posted by
philip grafton
on March 21, 2015
I was on Ritalin adderall and vivanse And now suffer from manic depression I have been put on disability and draw social security. After being on stimulalants for ADHD from the 3rd grade well into adulthood. I truly believe that these drugs have altered my brains chemistry or chemical structure leaving me know permanently depressed and disabled.. Disabled since 2012 drawing Ss.