When the Adderall manufacturers worried that not enough college students were addicted to their amphetamine and not enough children were taking it for their (supposed) ADHD, they came up with a marketing plan aimed at adults. And now that AbbVie (formerly Abbott Laboratories, one of the largest drug companies in the world) bought Shire, it plans to rake in more profits by moving its HQ to Britain in order to avoid taxes. 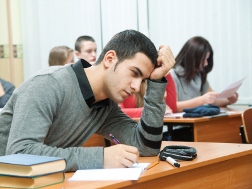 Writing in the Huffington Post (August 19, 2014), Lawrence Diller, MD, aptly referred to AbbVie and Shire as the “Merchants of Speed” in their quest to hook more people to their drug in “The United States of Adderall.” Diller points out that Express Scripts, the nation’s largest insurance prescription service, reported that adult use of stimulant drugs - including Adderall - has topped pediatric use and that the number of ER visits by adults who’ve overdosed on stimulant drugs is rising in parallel with the growth of the adult ADHD diagnosis.

This is good news for the drug company: its investment a few years ago in the “Nationwide Adult ADHD Mobile Awareness Tour” called the RoADHD Trip would appear to have paid off in spades. The tour (AKA marketing Adderall) was “in an effort to assist up to 20,000 adults to self-screen for [ADHD],” according to Shire’s website. It provided adults with a questionnaire to self-diagnosis (this reporter took the questionnaire and, surprise, has ADHD).

According to the Shire franchise, you are ADHD if you are:

(BTW, none of the above apply to this reporter.)

And writing for Bill Moyers (August 13, 2014), investigative drug reporter Martha Rosenberg wrote that Shire, in a conference call about its earnings, bemoaned that it loses many of its college-age ADHD customers “as they kind of fall out of the system based on the fact that they no longer go to a pediatrician and they move on to a primary care physician.” Hence their new marketing plan was put into action: “It’s Your ADHD. Own It” targeted college kids (the campaign was placed in college newspapers) and adults, just in case anyone thought about quitting Adderall.

And according to the Chicago Tribune (July 17, 2014), medicines for ADHD account for about 40 percent of Shire’s sales. AbbVie Inc. is buying Shire for nearly $55 billion, and is changing its domicile to Britain to reduce its tax rate substantially.

More ADDERALL News
Lastly, the parents of a 24-year-old Virginia man who was prescribed escalating doses of Adderall and later committed suicide filed a lawsuit against the two prescribing psychiatrists. Kathy and Rick Fee filed a malpractice complaint in March 2013 after they discussed with a Board of Medicine investigator their son’s treatment.

Rick Fee told the Virginia Pilot that he believes the Board of Medicine’s investigator corroborated what he and his wife have been saying for years, and that they see this as a step toward addressing the “reckless” diagnosis of ADD and the prescription of stimulant drugs that can become addictive and damaging.

Posted by
Sandy
on October 24, 2014
I'm a 63-year old female who takes 40 mg. Adderall XR every morning. My genotype is that of an ultra-rapid metabolizer, and even at this seemingly high dose, it wears off at about 2:00-3:00 in the afternoon. Although I definitely don't agree with the advertising of Adderall if I, for some reason, couldn't take it any longer, I would get nothing done throughout the day. I also have a long history of depression, and have Tardive Dyskinesia as a result of taking Abilify years ago.
Posted by
Tina CAVAGNARO
on September 1, 2014
I'm on this medication and was told to take 30mg two times a day! I now by me making taking this I've been told I need rehab. And been teat like a druggie! I've have pharmacy refuse to fill just after they had fill the month before! I was told because the other pharmacy person retire they would know long fill it!
I tired for being treated as druggie! Help me please this is very embarrassing and just plan wrong!!