The 800 lawsuits currently enshrouded in Taxotere hair loss multidistrict litigation are moving forward by way of updated orders and directives issued February 1 by the US District Court for the Eastern District of Louisiana. Plaintiffs assert that Taxotere, a chemotherapy drug, triggered Taxotere alopecia (hair loss) that has been characterized as permanent. 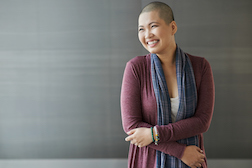 Hair loss is a normal byproduct of chemotherapy as a treatment for a variety of cancers. Hair, in most cases grows back within a reasonable period of time following the conclusion of chemotherapy. With Taxotere (docetaxel), however, it is alleged that hair does not grow back. Plaintiffs also allege that had they been aware of the potential for permanent hair loss, they would have chosen an alternative form of cancer treatment.

The Court overseeing Taxotere multidistrict litigation (In Re: Taxotere (Docetaxel) Products Liability Litigation – MDL No. 2740) dealt with various orders pertaining to the submission of Master Complaints, and Short Form Complaints to the Court, together with various inherent deadlines.

It was reported that in an effort to streamline the process, plaintiffs filing Taxotere alopecia lawsuits with the Court on, or after April 1 of this year do so by utilizing the Short Form Complaint. Ditto for litigants already with lawsuits on the books prior to April 1st, who now would have the opportunity to file a Short Form Complaint as an Amended complaint to be received by May 31 of this year.

More TAXOTERE HAIR LOSS News
Taxotere was originally developed for treatment of breast cancer, but has since been expanded, with the blessing of the US Food and Drug Administration (FDA) to encompass other indications. Taxotere was hailed as equally effective as other chemo drugs on the market, but also achieving similar results with fewer treatments, and thus a smaller window of treatment time. There appeared to be no suggestion, or inference that Taxotere could foster permanent Docetaxel hair loss.

Yet plaintiffs hold that manufacturer Sanofi knew by the late 1990s that permanent hair loss was possible.

In an unrelated lawsuit, Sanofi (and Aventis Pharmaceuticals before it) has been accused of unlawfully marketing Taxotere for unapproved uses. Sanofi had tried to dodge the allegations, made under the False Claims Act. However the judge in the case dismissed the petition, and the long-running lawsuit continues.

The case is US ex rel. Yoash Gohil v. Aventis Pharmaceuticals Inc. et al., Case No. 2:02-cv-02964, in the US District Court for the Eastern District of Pennsylvania.