Taxotere Hair Loss: Are Doctors Forthright with their Patients as to Risk?

Many a Taxotere hair loss lawsuit asserts that the manufacturer of Taxotere (docetaxel), Sanofi, knew about the increased risk for permanent hair loss associated with its cancer drug, and yet downplayed the risk without revealing that competing products on the market were just as effective at treating cancer as Taxotere, but without the corresponding increased risk for permanent hair loss, or so it is alleged. 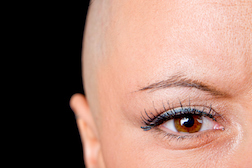 The risk has been variously pegged, according to studies, at anywhere from 6 to 10 percent. That risk denotes not just hair loss in general (which is common during cancer treatment), but the corresponding risk that once having fallen out, hair may not grow back for years, if ever.

And yet there appears to be evidence that some doctors bury their heads in the sand.

One cancer patient named Lynn submitted to an online cancer chat forum in March, 2013. Lynn, a cancer patient, noted that her oncologist had recommended switching from a treatment Lynn had been on – but with side effects that apparently had affected her adversely – to Taxotere and Cyclophosphamide.

Having done her homework, the writer was concerned about the potential for permanent hair loss associated with Taxotere. “But [my oncologist] has assured me that my hair will return as good as ever,” Lynn writes.

She continues that her previous treatment, had she continued, would last 7 months, v. three months by switching to Taxotere. To be sure, the smaller treatment window is an attractive feature of Taxotere for busy professionals who want to get on with their lives as soon as possible (and determined, as most are, that cancer will not beat them). The confined treatment window has been a selling point for Taxotere.

However, the potential for permanent hair loss remains for many, a stumbling block – as it was for Lynn, when she was considering Taxotere docetaxel in 2013.

“I'm due to start Taxotere/Cyclophosphamide [in a week],” Lynn writes, “and I was shocked to see that this combination showed a 6 percent chance of permanent damage to the hair.”

That possibility could be even higher, according to a study published in 2005, known as GEICAM 9805 that found nearly 10 percent of patients who took Taxotere suffered permanent hair loss.

Lynn, she wrote in 2013, remained concerned, citing the 6 percent risk of Taxotere hair loss to her doctor.

“I asked my Oncologist and he gave me a guarantee that my hair would grow back with Taxotere/Cyclophosphamide. He said he had never heard of anyone suffering permanent hair loss, which concerns me since I have read about lots of ladies suffering this with a quick google [sic] search.”

We don’t know the outcome of Lynn’s decision, whichever it was. We do know that there are well over 1,000 Taxotere plaintiffs having fallen within the 6, to 10 percent risk percentage who allege to have suffered permanent hair loss and have chosen to fight their Taxotere alopecia (hair loss) cases in the courts.