Understanding the choice that some women make in their selection of Taxotere for treatment of breast cancer, means understanding the busy lives and compelling responsibilities that modern women maintain. It is also easy to understand why plaintiffs embroiled in Taxotere hair loss lawsuits, may have been misled over the potential for permanent Taxotere alopecia. 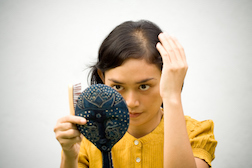 To wit, temporary hair loss is, and always has been a common side effect of chemotherapy. Taxotere (docetaxel) is a chemotherapy drug originally brought to market through the auspices of the US Food and Drug Administration (FDA) for the treatment of breast cancer (although indications have been expanded since that time).

It has been reported that Taxotere is the most-prescribed chemotherapy drug in its class. Given the livelihoods and responsibilities of the modern woman, it’s easy to see why: unlike other chemotherapy drugs that require weekly treatments to be effective, Taxotere treatments are once every three weeks.

For the busy woman maintaining a career, and charged with primary responsibilities for child care and ongoing management of the household, an easier treatment regimen is attractive.

In truth, no one has time for cancer. When the diagnosis comes, women will undertake whatever changes to their schedules are necessary in order to effectively fight the disease and return to wellness. If cancer treatment is required weekly – together with the need to take additional time following treatment to recover, then so be it. That leaves, however little time in the week to maintain a career (which may be important to a combined family income, or in the case of a single mother, a lone source of income).

However, Taxotere requires treatment every three weeks. Even with recovery time afterwards, there remains the better part of three weeks during which a cancer patient can get on with her life, with her career, with her responsibilities. Some doctors advocate that as important as treatment regimens are to fight a disease, it is also important emotionally to try and maintain some sense of normalcy while the cancer fight is ongoing.
Akin with other chemotherapy drugs, such as paclitaxel, for example, hair loss during treatment is common. However, regrowth of hair is generally expected once cancer treatment stops.

Thus, women pursuing cancer treatment with docetaxel (Taxotere) would not be alarmed in the face of hair loss during active treatment.

What has alarmed many women after the fact is that in some cases Taxotere hair loss has proven permanent.

It has been reported that nine percent of breast cancer patients treated with Taxotere experienced docetaxel hair loss that lasted for a decade or longer. This was borne out in a study conducted by Taxotere manufacturer Sanofi SA in the late 1990s known asGEICAM 9805. That study is reported to have revealed that 9.2 percent of women using Taxotere for cancer treatment suffered docetaxel side effects that included chronic and permanent hair loss.

In rare cases, hair loss was not restricted to the scalp, but also impacted other areas of the body – including eyebrows. The latter remains an ongoing reality for at least one woman in Canada.

Kluger et al. published a 2012 study
in the Annals of Oncology that followed 20 patients who used Taxotere as a part of their therapy. All 20 suffered permanent hair loss after treatment.

More TAXOTERE HAIR LOSS News
In October of last year, Taxotere alopecia lawsuits were consolidated in district court in Louisiana by the US Judicial Panel on Multidistrict Litigation. One of the most oft-referenced lawsuits has been filed by plaintiff Ami Dodson, a woman from California who makes various allegations against Sanofi SA that go back to 1996, the year in which docetaxel was approved by the FDA. “Contrary to defendants’ claims of superior efficacy, post-market surveillance has shown that the more potent and more toxic
Taxotere does not, in fact, offer increased efficacy or benefits over other taxanes, as defendants have claimed and advertised,” Dodson says in her lawsuit. “Defendants concealed the existence of studies from the FDA, physicians and patients that refuted defendants’ claims.”

Dodson’s Taxotere hair loss lawsuit is Dodson v. Sanofi SA, et al., Case No. 3:16-cv-01251, in the US District Court for the Northern District of California.