The Tightrope Walked by Insurers Inevitably Discriminate Against Legitimate Claims

Recent events involving The Hartford insurance company is demonstrative of the balancing act the insurance industry must maintain between contractual obligations to deserving clients, v. being taken to the cleaners by policyholders attempting to collect benefits they may not, or do not deserve. Somewhere in the middle is the grey area that leads to stonewalling, or denials of legitimate claims for long term disability benefits out of vigilance against being taken advantage of. 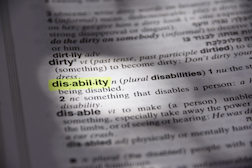 At the end of the day, however the typical Hartford long term disability lawsuit is founded upon a legitimate claim for benefits the insurer would rather not pay, or would rather delay paying for as long as possible.

To be sure, the insurance industry as a whole can, and do on occasion get taken advantage of by policyholders attempting to pull the wool over their eyes in the most remarkable ways possible. Witness an account in The News & Observer of Raleigh, North Carolina (07/10/17) describing one individual’s attempt at defrauding the system by making false claims for workers’ compensation based on policies issued to nonexistent employers.

That’s right – policies issued to nonexistent employers. The report stated that The Hartford Insurance Co. paid out $$33,971 in temporary disability benefits and medical expense benefits under a policy issued to a nonexistent company, according to a warrant issued in the case.

How does an insurance policy become issued to an employer that doesn’t exist? How does that happen?

Then there was The Hartford LTD lawsuit Rassekh Sobh v. Hartford Life and Accident Insurance Company, where The Hartford was found to have paid long term disability benefits to a policy holder over a five-year period from 2009 through 2014. The claimant, according to court documents, had worked as a Technical Operations Lead for Chase Bank before back problems allegedly forced the claimant to resign his position.

The plaintiff in the Hartford denied long term disability lawsuit underwent two surgeries to his back and claimed to be disabled. The plaintiff’s treating physician reportedly had waffled between supporting his patient’s disability claim and determining that his patient was capable of working in a sedentary job.

In the end The Hartford conducted video surveillance of the claimant walking to a fitness facility on two occasions and staying at the gym upwards of 55 minutes each time. Suspicious of their findings, The Hartford – having already paid out almost five years’ worth of LTD disability benefits – forwarded the video to the claimant’s physician, who reportedly failed to respond to the insurer in a timely manner.

The Hartford, it has been reported, then commissioned an independent medical exam by a board-certified orthopedic surgeon, who in turn conducted a peer review of the claimant’s medical records.

An accompanying Employability Analysis (EA) identified a number of sedentary occupations to which the claimant would be suited. Based on that, together with a determination by the independent medical examiner and the peer review that the claimant could, indeed return to the workforce in a sedentary line of work – The Hartford terminated the claimant’s LTD benefits.

The claimant proceeded with an administrative appeal in an attempt to preserve his benefits. In response the insurer subjected the claimant’s medical records to yet another peer review, and was finally able to communicate with the claimant’s treating physician. All agreed the claimant could reliably work in a sedentary field, prompting The Hartford to uphold its denial of LTD benefits.

That prompted the claimant to launch a Hartford long term disability lawsuit under the Employment Retirement Income Security Act (ERISA, as amended 1974) in US District Court in Florida.

The plaintiff lost, and appealed to the US Court of Appeals for the Eleventh Circuit (Case No. 8:15-cv-00716-JSM-EAJ). The appellate panel upheld the district court’s ruling, finding based on the evidence that the plaintiff was no longer disabled as of October/November of 2014 and thus, the insurer was justified to terminate benefits.

It is not known if the plaintiff appealed to a higher court, or whether he was made to repay any of his LTD benefits. Nonetheless the insurer was found to have been morally and legally justified to terminate benefits.

Such stories, it appears, seem to be in the minority. Much more pervasive are stories from real people who reach out to their insurer with a legitimate claim, only to be stonewalled and worn down before they are denied altogether, or so it is alleged.

More HARTFORD DENIED LTD News
A recent posting on the ConsumerAffairs blog by a woman from Norridge, Illinois at the end of May tells the story of her husband who was injured twice on the job in 2016, had to stop work and filed a legitimate workers’ compensation claim with The Hartford. Claim forms were filled out and duly sent by the claimants, only to be told that forms were never received and had to be sent again, further delaying the start of disability benefits.

The author of the blog, identified as Candace (05/31/17), further explains that her husband needs surgery. They have involved an attorney who is helping them with their Hartford denied long term disability lawsuit and worker’ compensation claim.

Meanwhile, “[my husband] can barely walk,” Candace writes. “He can no longer live a normal life. We don’t know when his surgery will finally get approved. Every day I have to watch him suffer…

“He is genuinely hurt, and we are both hurt by this experience. Never will I ever refer anyone to this company. Rest assured I will be contacting the Illinois Dept [sic] of Insurance, even if the case settles in our favor.”

If you or a loved one have suffered losses in this case, please click the link below and your complaint will be sent to an insurance lawyer who may evaluate your Hartford Denied LTD claim at no cost or obligation.
Request Legal Help Now