Fifty minutes and fifty-eight seconds of video showed Donna Cusson walking her dog, shopping, and eating in a restaurant. That was enough to doom her long term denied disability lawsuit against Liberty Mutual. It is an eight-year old case, so some things have changed -- not the fact of surveillance in LTD cases, though. And now it’s not just video tape that LTD claimants have to worry about. 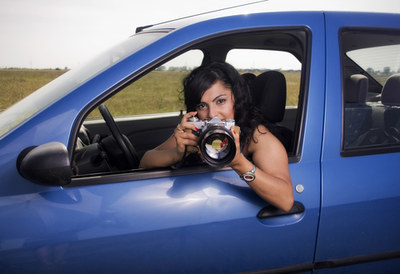 There are three things for LTD claimants to keep in mind. First, surveillance is a very common practice; second, although disturbing, it is usually conducted within legal limits; and finally, an informed claimant and a strong defense can often keep it from damaging an LTD lawsuit.


Often an insurance company like Liberty Mutual will inform claimants that they are seeking additional information as part of the “ongoing investigation” of an LTD claim. This may include insurance company representative interviews with medical doctors, a schedule of upcoming medical appointments, and a request for an in-home interview or a log of daily activities.

The latter two can be especially dangerous to an LTD claim, because claimants may make informal, unguarded comments that an insurance investigator reports as an admission against interest. Such was the case with Shelley Westfall, whose long term denied disability lawsuit against Liberty Mutual hinged on her psychological state. Much to her later chagrin, she helpfully tried to clarify for an investigator that she was not “depressed,” so much as “down.” There are many ways to understand that statement, but an admission of fraud was probably not what she intended.

Sometimes the covert purpose of these requests that is more important than the overt reason. A doctor’s office may receive a letter announcing that certain observations and conclusions must be denied by a certain date in order to be disputed in court. A disability claimant may be followed to and from the doctor’s office to videotape evidence of driving, moving without pain or carrying heavy packages. An in-home visit may note the general cleanliness of a home or the claimant’s ability to perform everyday tasks. Even offering the investigator a cup of coffee can be a mistake. The overall goal is to create a narrative that contradicts medical reports and undermines a claimant’s credibility.

That’s old school intrusion. New school surveillance goes even further. Social media monitoring has become a common method of surveillance during the claims process. Disability insurance companies comb the Internet and social media websites for photos, videos, and posts they can use. They may look for patterns in those to better predict where a claimant will be at any given time for in-person surveillance. Do you use Facebook? Have you received any new “Friend” requests lately? Remember that your new “friend” can see the pictures of you dancing at your niece’s wedding.


In general, it is not illegal for insurance investigators to observe claimants in public places and take photos or videos of them. However, investigators may not legally trespass onto private property, enter someone’s home without consent, hack into email or mobile phones, put a tracking device on someone’s car, or impersonate a law enforcement officer.

Investigators tend to be very aware of these limits, which is why they try to observe claimants in public places or secure an invitation into someone’s home or social media sites.


There is no real need to add paranoia to existing medical conditions, but claimants should expect vigorous investigation, especially of conditions like fibromyalgia that depend on subjective reports of pain. Although you should discuss this with your disability lawyer, some personal caution may be enough to protect your long term disability claim.

Many attorneys recommend being careful not to overstate a claim. If you report that you are generally able to sit for only two hours without pain, but occasionally have better days, you may succeed in neutralizing the impact of evidence that shows you doing just that. In addition to adjusting social media privacy settings, it may be wise to decline to do in-home interviews, especially without your lawyer present.

More LTD INSURANCE FRAUD News
One of the most powerful tools of all in protecting your claim is a well-developed medical record. Keep medical appointments, follow up with specialists as recommended, and make sure that your medical providers respond to insurance company requests in a timely fashion.

Finally, remember to work with your attorney to make sure that your occupation is properly classified. An insurance company may attempt to re-classify your occupation as “sedentary” even if you frequently had to climb a stepladder, for example.

If you have or expect to make a long term disability claim with Liberty Mutual or another insurance company, you should probably expect to be investigated and watched. It’s unpleasant, but it need not doom a wrongly denied disability claim.

Posted by
Christie LaGrange
on July 16, 2018
I have been on Hartford LTD for 10 years and would like some advice.