Why is it so important for insurance companies to continue to hide whatever is behind that curtain? 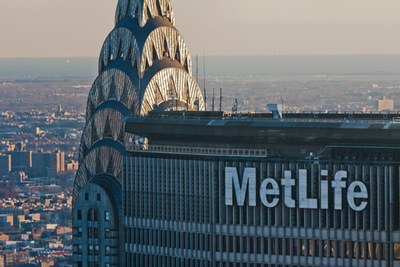 The circumstances are different, but the principal is the same. Claimants have only a very limited right to know how benefit denial decisions are made. These limits contribute to an already difficult situation for denied disability appeals. These decisions continue to raise questions about fairness of judicial review in benefit denial cases.

Why fight about an internal claims manual? It seems like a sideshow, but it is all about how LTD claimants get to court. Claimants have to get evidence in front of a judge to win.

How denied disability claimants get in front of a judge


Before LTD plaintiffs can bring a long term denied disability lawsuit, they must exhaust all administrative remedies outlined in the plan. This seems to be reasonable approach to conserving judicial resources, but it is time-consuming and usually just confirms the original decision.

What happens in the next phase of the appeal varies slightly among federal circuits. It used to be uniformly true that courts would examine only whether a plan administrator had followed proper procedures in handling the decision and appeal. Benefit claimants generally lost there, too.

But this rule has begun to fracture. In the Ninth Circuit, for example, courts will now examine the underlying medical evidence to determine whether a long term disability claim might have been wrongly denied by the plan administrator in the first place. Other jurisdictions, like Florida, where Perera was heard, hang on to the old rule, however.

Step three involves getting information from an insurance company about its internal rules for processing claims. Insurance companies are often not forthcoming. Step three is where it gets messy because there is an inherent conflict of interest. Those in charge of administering the claims process have an obvious economic incentive to deny claims. They have less interest in revealing the standard techniques they use to do so.


The argument advanced by the LTD claimant in Brooks v. Metropolitan Life Insurance Co., the case on which Perera relies, was that the court’s review of the plan’s administrative decision to deny benefits should have included MetLife's Claims Management Guidelines, an internal corporate database offering general guidance to claims-processing personnel.

In Brooks, MetLife argued, somewhat improbably, that the Case Management Guidelines were only general principles and had not been specifically consulted in the rejection of Ms. Brooks claim. In Perera, MetLife further objected that, even had the plan consulted its own background principles for adjudicating claims, those guidelines were confidential, proprietary information or trade secrets.

To say that something is proprietary implies that it is the proverbial secret sauce that enables the company to make money. Businesses have a legitimate intellectual property interest in protecting their own trade secrets. But one way that insurance companies turn a profit is by not paying benefits whenever possible. In cases like Perera andBrooks, those trade secrets may include fundamental background methodologies and rationales used to thwart claims.

ERISA requires plan administrators to explain why a claim is denied. In Perera, Ms. Perera argued that the explanation was incomplete. She argued that she and the court hearing her appeal should have had the opportunity to review the background documents establishing claim processing principles as well as the rules immediately applicable to the denial.

More LTD INSURANCE FRAUD News
The Florida District Court did not agree and denied her motion. That decision may have ultimately doomed her wrongly denied disability lawsuit.


LTD claimants face the frustration of not being able to discover and present evidence that may show systemic bias. Plan administrators have, so far, been successful in maintaining that this evidence, even if it were discoverable, would be irrelevant.

The problem is the plan administrators’ fundamental conflict of interest. The remedy may be to move beyond the defendant-friendly standard that limits legal inquiry to the process by which claims are decided. The Ninth Circuit may have stumbled on the solution -- permitting courts to re-examine the substantive medical evidence on which the original decision was made.

Posted by
alan lansing
on July 9, 2018
i went on disability in 1990. i had a disability waiver of premium on the policy. there has been no increase in the monthly amount for the last 30 years. i sued met-life in 1992 for inflation/cost of living adjustments, plus disability income protection which there lawyer denied because my agent lied to me and never incorporated the income protection onto the policy. i have gone broke many times since then and have had to make withdrawals from the met-life ira that i still own. if i only could have seen the future i would never associated with met-life. even if i was wrong the fact they know i have a mental disability is prove enough to side with me and not my agent. if u get sick do not go to met-life for any help. they are sadistic! u would not believe the poverty i have to endure. and the federal court in Newark,new jersey took sides with met-life, and i thought this was a liberal states. do not shop at met-life there no good and have no honor. alan lansing
Posted by
Doris Rolinda Griffin
on July 8, 2018
I like to ask a question I was hired on after a 90day waiting period at a major company name Aramark. I went through orientation for both companies Aramark and also the location where Aramark was in charge of the food service department at a local hospital here in Louisville Kentucky under the name of our Lady of Peace hospital there are entation was help at Jewish Hospital lung and Heart Building. At that point I became officially a full-time employee for Aramark in 2010 I reported back to my job on September 5th 2010 where I was injured on the job bye pushing the faulty carts stocking floor inventory from the dietary Department from that day forward I was never ever able to return 2 full time are part-time work I gained SS two long-term and short-term disability benefits admittedly upon hire but since my injury was done admittedly after I returned to work I was denied my short-term along with my long term disability which all full time employees where eligible without any waiting. I had gone through so much that I had to apply for Social Security disability even though I had to go all the way through the whole process of going before judge I was able to gain 100% disability not only for that incident but for other incidents that had taken place mentally emotionally and cause other physical illnesses now that I am where I am I need a lawyer to pursue what I was entitled to when I had to wait 5 years without any pay at all before I got to the ministrative law judge let me know if this is something that you can help me I