Were you looking for Zoloft Heart Defects or Zoloft and Birth Defect PPHN lawsuits?
Concerns have been raised about the risk of Zoloft birth defects, and other Zoloft effects on fetus, similar to the concerns raised about other drugs in the same class. In addition to the risk of Zoloft PPHN, studies suggest an increased risk of a variety of other birth defects, including Zoloft cleft palate, Zoloft craniosynostosis, Zoloft omphalocele and Zoloft neural tube defects.

Send your Zoloft Birth Defects claim to a lawyer who will review your claim at NO COST or obligation.
GET LEGAL HELP NOW

Zoloft is approved by the FDA to treat depression and social anxiety disorder. It has been on the market since 1991 and is marketed by Pfizer. Zoloft is in a class of drugs called Selective Serotonin Reuptake Inhibitors (SSRIs). Other drugs in the class, which are similar to Zoloft, have been linked in studies to serious birth defects, including persistent pulmonary hypertension of the newborn, autism, neural tube defects and limb defects.

A study published in the Archives of General Psychiatry (07/04/11) suggested that infants exposed to SSRI medications prior to birth were at an increased risk for being diagnosed with autism spectrum disorders. Although the overall risk was low, researchers found that the risk of autism spectrum disorder doubled when the infants were exposed to an SSRI, with the highest risk being exposure in the first trimester. The researchers noted that the risk of autism should be balanced against the benefits of using an SSRI. 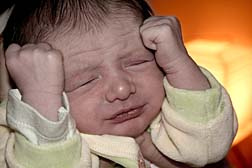 Studies published in the New England Journal of Medicine (06/28/07) have shown other serious Zoloft birth defects. One study, conducted in association with the Centers for Disease Control and Prevention (CDC) found that the risk of anencephaly (where the infant is born without a forebrain) was more than doubled when a pregnant woman took an SSRI. Meanwhile, the risk of omphalocele (where the baby is born with his organs outside his body) was almost triple. Both anencephaly and omphalocele are life-threatening conditions.

The same study found that the risk of craniosynostosis (a defect of the skull) was 2.5 times higher when infants were exposed to SSRIs prior to birth. As with other birth defects, craniosynostosis varies in severity but can be life threatening. 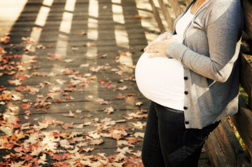 Other studies suggest a variety of other concerns for infants exposed to SSRIs such as Zoloft. These include suffering from withdrawal symptoms, fetal alcohol spectrum disorders and developmental delays.

SSRI antidepressants have been linked to other birth defects.

Zoloft and Pulmonary Stenosis: Pulmonary stenosis occurs when the pulmonary valve narrows, resulting in decreased blood flow to the lungs.

Zoloft and Septal Defect: A septal defect is a hole in the wall of the infant's heart, which can cause improper blood circulation, forcing the heart to work harder than it should to pump blood. Patients may require open-heart surgery.

Zoloft and Transposition of the Great Arteries: Also known as transposition of the great vessels, infants who suffer from this have the aorta and pulmonary artery reversed. It can result in a lack of oxygen in the blood and may require surgery to recover.

Zoloft and Craniosynostosis: Craniosynostosis occurs when sutures in an infant's skull harden prematurely, causing a malformed skull, intracranial pressure, and a lack of growth in the child's head. A 2007 study, which was published in the New England Journal of Medicine (06/28/07), found a potential link between the use of SSRIs during pregnancy and craniosynostosis.

Zoloft and Cleft Palate: A cleft palate occurs when the separate parts of the skull that form the roof of the mouth do not join. A cleft palate can cause problems with feeding, speech and breathing and can cause ear infections and hearing loss.

Zoloft and Cleft Lip: A facial defect that affects the infant's upper lip, which can cause delays in speech and language.

Zoloft and Club Foot: Club foot occurs when the bones, joints, muscles and blood vessels in an infant's leg and foot develop abnormally. Infants with club foot have their foot turned inward and downward, and often experience pain and problems with mobility.

If you or a loved one has suffered damages in this case, please click the link below and your complaint will be sent to a Zoloft lawyer who may evaluate your claim at no cost or obligation.
Please click here for a free evaluation of your Zoloft Birth Defects claim
Last updated on Sep-20-12

Pfizer may have been warned by a company drug safety official about a potential link between the antidepressant drug Zoloft and birth defects and recommended changes to the medication’s safety warning. Pfizer is currently facing over 1,000 Zoloft birth defect lawsuits, which allege the medication is responsible for newborn abnormalities including congenital heart defects.READ MORE
Disputed Testimony Allowed in Zoloft Birth Defect Lawsuit

It appears as if Zoloft birth defect litigation is about to get a whole lot more interesting, now that a state judge in a Zoloft birth defects lawsuit has made the decision to allow testimony by an expert witness the defense was trying to quash. What makes the issue more compelling is that the decision by Judge Mark I. Bernstein at the Philadelphia Court of Common Pleas Eastern District of Pennsylvania comes ahead of a similar decision currently being weighed by a federal judge in multidistrict litigation.READ MORE
Zoloft Lawsuit: Are SSRIs the Same?

Posted by
Lacey
on November 14, 2016
I encourage other mothers to avoid meds while pregnant. I know how hard that can be though. I went on Zoloft just before the third trimester (after going off of Wellbutrin & Effexor when I found out I was pregnant with twins - despite having a copper IUD!) and my (amazing, smart, handsome!) little 3-month-olds both have bilateral moderate-to-severe hearing loss... I will always wonder if it was caused by a med. And, the Zoloft did nothing to alleviate the depression anyway, probably since it was tied up with the fact that I felt huge & uncomfortable all the time ;P
Posted by
Anonymous
on September 8, 2014
At 21 wks I had a level 2 ultrasound where my baby's heart was found normal with no abnormalities. At 24 wks the PA at my OB's office prescribed Zoloft & advised me that my mental health doesn't out weight the side affects to my fetus & its not likely to have any. My son was born premature at 35 wks. 3 days old he was diagnosed with a very large 9mm VSD. @ 2 months old had open heart surgery. A small ASD was also discovered and closed during his procedure. He was left with a 2mm VSD residual. He is now 12 months & is developmentally delayed & receives in home occupational, physical and speech therapy. He is also showing signs of having neurological issues and we are awaiting a consult. I know scientifically there is no evidence that 2nd and 3rd Zoloft use birth defects but all my sons health issues ALL link to side effects of Zoloft. Is there anyone else out there who did not use it in the first trimester but did in the second and third out there? I can't seem to find any attorney willing to fight for my son! I am so sadden and frustrated.