Zoloft Lawsuit: Are SSRIs the Same? 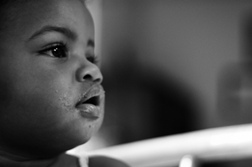 Zoloft is in a class of antidepressants known as Selective Serotonin Reuptake Inhibitors (SSRIs), a class that includes Paxil, Prozac and other antidepressants. The drugs work by increasing the amount of serotonin in the patient’s brain. Lawsuits filed against the makers of some SSRIs allege that infants were born with serious heart problems and other birth defects because their mothers took SSRIs while pregnant.

Studies have been done on many SSRIs, with some studies suggesting a link between the use of SSRIs and birth defects. But not all studies have examined all drugs in the SSRI class. Many studies examine only one or two SSRIs. Now, during Daubert hearings in the Zoloft multidistrict litigation, the judge must rule on the admissibility of expert testimony.

According to The Legal Intelligencer (4/8/14), Dr. Anick Berard, a professor who researches the effects that medications have during pregnancy on fetuses, is being called as an expert witness by the plaintiffs to support the claim that Zoloft can cross the placenta and have an effect on unborn fetuses, as can other SSRIs. The defense, however, maintains that because each SSRI has a different chemical makeup, the effects of SSRIs must be considered individually, not as a class.

The plaintiffs, however, point to Pfizer’s own assertions when it attempted to have Zoloft approved for children in Europe. Back then Pfizer reportedly said Zoloft performs similarly to other SSRI medications.

A link was also found between use of SSRIs in the third trimester and a risk of developmental delays in offspring.

The study’s authors noted that larger samples were needed to replicate the results concerning developmental delays and that published studies examining the link between SSRIs and autism are inconsistent.