Pfizer may have been warned by a company drug safety official about a potential link between the antidepressant drug Zoloft and birth defects and recommended changes to the medication’s safety warning. Pfizer is currently facing over 1,000 Zoloft birth defect lawsuits, which allege the medication is responsible for newborn abnormalities including congenital heart defects.
Read [ Pfizer Report Could Change Outcome of Zoloft Birth Defects Lawsuit ]

It appears as if Zoloft birth defect litigation is about to get a whole lot more interesting, now that a state judge in a Zoloft birth defects lawsuit has made the decision to allow testimony by an expert witness the defense was trying to quash. What makes the issue more compelling is that the decision by Judge Mark I. Bernstein at the Philadelphia Court of Common Pleas Eastern District of Pennsylvania comes ahead of a similar decision currently being weighed by a federal judge in multidistrict litigation.
Read [ Disputed Testimony Allowed in Zoloft Birth Defect Lawsuit ]

Zoloft Lawsuit: Are SSRIs the Same?


In the spring of 2012, a multidistrict litigation was filed against Pfizer pharmaceuticals, the maker of the antidepressant Zoloft (Sertraline Hydrochloride), alleging the drug causes birth defects in babies born to mothers who took the drug while they were pregnant. The MDL now includes over 500 cases. Following is an update on the status of the Zoloft MDL:

Recent studies on Zoloft birth defects have yielded conflicting results, with one study finding no significant association between the use of the antidepressant and the development of Zoloft side effects in infants. A different study, however, suggests that infants exposed to the selective serotonin reuptake inhibitor (SSRI) prior to birth could be at risk for a Zoloft birth defect.
Read [ Studies on Zoloft Birth Defects Yield Conflicting Results ] 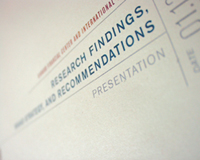 If any class of drugs has a great deal of confusion regarding the risks versus benefits, the class that likely has the most is the SSRI antidepressant class, including the drug Zoloft. The risk of Zoloft side effects, which like the rest of the SSRI class is reported to include a risk of Zoloft birth defects, may vary depending on which study has most recently been published. A recent study suggests a risk of autism linked to the use of SSRI medications while pregnant. Meanwhile, researchers who argue that the risk of SSRI side effects outweighs the benefits have defended their position.
Read [ Researchers Argue SSRI Risks Outweigh Benefits ]

Zoloft and Other SSRIs Linked to Brain Bleeds

In addition to the risk of Zoloft birth defects, Zoloft side effects may include an increased risk of brain bleeds, according to a recent study. Selective serotonin reuptake inhibitors (SSRIs, a class of antidepressant that includes Zoloft) have already been linked to an increased risk of birth defects. Infants exposed to Zoloft prior to birth could be at risk of Zoloft heart defects and other health problems.
Read [ Zoloft and Other SSRIs Linked to Brain Bleeds ]