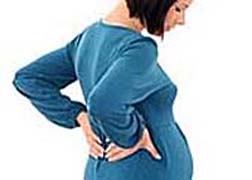 The lawsuit alleges Pfizer knew or should have known that its antidepressant was linked to an increased risk of birth defects and included adequate warnings on the label. Furthermore, the lawsuit reportedly alleges Pfizer suppressed information about Zoloft’s negative side effects.

Meanwhile, in a separate lawsuit, a plaintiff has alleged Zoloft does not work any better than a placebo. According to reports, the plaintiff used Zoloft for three years but did not report any improvement in her depression. The lawsuit accuses Pfizer of committing consumer fraud. Pfizer has called the lawsuit frivolous.

More ZOLOFT BIRTH DEFECTS News
Zoloft, known generically as sertraline, is in a class of antidepressants known as selective serotonin reuptake inhibitors (SSRIs). Various studies have linked the drugs to side effects including congenital heart defects, cleft palate, craniosynostosis, persistent pulmonary hypertension of the newborn (PPHN) and developmental delays. Other studies have not found a link between the antidepressants and birth defects.

The risks reportedly vary depending on the drug used. For example, a study published in the New England Journal of Medicine (2007) found the risk of a heart defect was double in women who took Zoloft during the first few months of pregnancy but triple in women who used Paxil. Among the birth defects that increased with Zoloft use were omphalocele and septal defects.

Posted by
Emilia Arnold
on March 19, 2013
My son took the prescribed Setratline drug for over 1 yr. supposed to treat his depression but this drug made his depression worst and acute that he took his own life. My son was only 25yrs old when he passed away last year of April. Setratline drug is very dangerous. The side affect of this drug is death.