A train crash can happen at any time and, because of the size of the train, can have devastating consequences. The people on the train at the time of the train wreck could face serious, life-threatening injuries. Those who live near rail lines face injury if there is a train derailment involving a freight train. People who regularly drive across train tracks face tragic consequences if their vehicle collides with a train. Finally, people who work in train yards or on trains may face work-related injuries.

Send your Train Crash claim to a lawyer who will review your claim at NO COST or obligation.
GET LEGAL HELP NOW 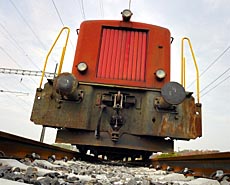 According to the Federal Railroad Administration Office of Safety Analysis, in 2009 there were 661 fatal accidents or incidents involving 708 fatalities. In all, there were 10,886 total accidents or incidents involving trains. Of the fatalities, approximately 250 were highway-rail fatalities, in which a rail user and a highway user collided. Approximately 450 deaths were linked to "other" incidents, which include events that caused a death, injury or occupational illness, or trespassers on railroad property.

The Federal Railroad Administration's Office of Safety Analysis reports that there were 12,771 railroad-related accidents, resulting in approximately 800 deaths and approximately 8,900 non-fatal injuries in 2008. 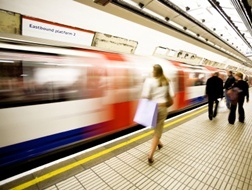 Personal injuries that result from a train crash include spinal cord injuries, traumatic brain injury, head injury, neck injuries, broken bones, amputation of limbs, burn injuries, respiratory problems and eye injuries. Train accidents can be deadly; those who survive their train accident may face years of medical treatment and rehabilitation. They may also find they are unable to work and have to cope with loss of income.

People who ride commuter trains to work could also be victims of train crashes. A June 22, 2009, crash took the lives of nine people and injured dozens of others. The crash occurred when one Metro train in Washington crashed into the back end of another train during the evening rush hour commute. 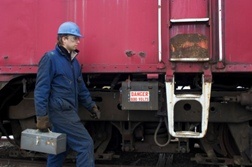 It is not only passengers who could be hurt in train crashes. Railroad workers who are injured on the job may be eligible for a FELA (Federal Employers' Liability Act) claim. Injuries associated with working on trains or in train yards include respiratory disease, repetitive motion injuries and injuries caused by collisions or other train incidents.

There are many reasons a train accident occurs. These include negligence on the part of the train conductor, improper crossing signals, inadequate train security, collision between two trains, collision with another vehicle, mechanical failure, equipment failure and improper track maintenance.

If you have been seriously injured or a loved one has been injured or killed in a train crash, please click the link below to send your story to a lawyer who will review your claim at no cost or obligation.
Please click here for a free evaluation of your Train Crash claim
Last updated on Jun-19-10

Ottawa, ON: Lawyer Jeff Orenstein is kind of a legal pioneer in Canadian legal circles. He first got involved with class-action law 11 years ago in 2005 while working with another law firm. Orenstein then decided to set up shop for himself and in 2010, he opened the Consumer Law Group headquartered in Ottawa.READ MORE
Train Derails in Heavy Rainstorm in California Injuring Commuters

Santa Clara, CA: An Altamont Corridor Express (ACE) commuter train with more than 200 passengers aboard hit a downed tree Monday night and derailed. Nine people in the train crash were injured as the passenger car rolled into in the Alameda Creek along Niles Canyon Road, in Sunol, CA.READ MORE
America’s Train Trial Lawyer Is Asking Questions about the Amtrak Accident

For the last two decades, Attorney Robert Pottroff of Pottroff Law Office has focused 90 percent of his law practice on representing people injured or killed in railway accidents, and along the way, earned a reputation as an outstanding trial lawyer and an outspoken advocate for railway safety.READ MORE

Posted by
Samuel Cox
on December 4, 2016
When I realized I had a sleep disorder I removed myself from the Amtrak Engineers Extra Board and went to work on a regularly scheduled (5 days 8 hours per day evening shift) job in the passenger yard at Washington Terminal in DC. That was in 2002 and AMTRAK never had me tested for the disorder even though I reported that issue/concern for over 5 years in each annual physical exam I took. The issue of the failure to follow up on the medical issue of a sleep disorder did not come up until 2010 during an FRA proceeding to restore me to service, following a minor accident in the yard, and at that time the AMTRAK counsel in the proceeding against me ended the discovery phase of the hearings and refused to continue. The FRA found that there were problems with the investigation of said incident, the testimony of AMTRAK's managers versus the assistant conductor at the time by the name of Anthony Mark Claussen (who is still employed and avialble to support my contentions) and the subsequent destruction of video taped evidence by AMTRAK that supported my position on the events of that incident. AMTRAK has known or should have known about problems with sleep apnea among its engineers for decades but found it cheaper to fire the employee than to address their medical issues. Someone should make them pay for all those deaths that have happened in the north east corridor at a minimum when then claim no equipment problems as a causative factor.