For the last two decades, Attorney Robert Pottroff of Pottroff Law Office has focused 90 percent of his law practice on representing people injured or killed in railway accidents, and along the way, earned a reputation as an outstanding trial lawyer and an outspoken advocate for railway safety. 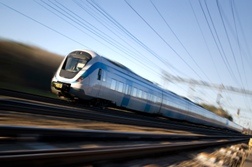 Over the last week, Pottroff has spent hours appearing on network television and giving interviews to news organizations that have sought out his unique expertise on railway safety issues. His office in Manhattan, Kansas, is now fielding calls from victims of the recent catastrophic Amtrak accident in Philadelphia. It is fair to say that Pottroff, in one way or another, will be a major player in the Philadelphia Amtrak accident story in the months and years ahead.


“We are getting calls from people; I don’t want to say how many right now. I have not filed a suit yet, but I expect to file very soon,” says Pottroff.

Eight people died and 188 others were injured on May 12, when an Amtrak train on route from Washington, D.C. to New York City, traveling at an accelerated rate of speed on a curve in Philadelphia, derailed, leaving a tangled mess of metal and untold human misery.

What caused the accident is still under investigation.

From his knowledge of the railway industry, you might think that Pottroff actually worked on the railway at some point in his life. He has not. What he knows comes from years of studying state and federal railway law and fighting the railways in the courts.

The litigation has sometimes taken years to complete, with Pottroff’s office conducting its own independent investigations alongside the official NTSB investigations. Wringing out the cause of railway accidents, sorting fact from fiction, and bringing all the evidence forward is Pottroff’s passion.

His track record is impressive. He has prevailed on many, many occasions, winning millions in compensation for victims along the way - most recently in Midland, Texas.

On Veterans Day, November 15, 2012, a train crossing a Union Pacific track in Midland struck a parade float truck carrying wounded war heroes, killing four people and injuring others. One woman had a leg amputated, and one man suffered partial paraplegia as a result of the accident.

Pottroff, and Kevin Glasheen of Glasheen, Valles & Inderman, represented eight families. The railway denied there were problems, but Pottroff successfully proved there was a defect in the signal system causing a delayed activation of the lights and gates. All claims brought by Pottroff against Union Pacific related to the accident were settled in early 2015.

A straight-talking kind of lawyer, Pottroff chuckles a bit when you ask him “how many cases” he’s handled in the last 20 years.

“I have done directly a thousand,” says Pottroff. “Indirectly thousands and tried hundreds. What I have done that is different than anyone else is I have restricted my practice to dealing with public safety issues. I do not represent railroad employees.”

Outside of the courtroom, Pottroff has worked like a machine promoting railway safety. In 2001, he became the chair of the Railroad Legislative Action Committee for the American Association of Justice and began a campaign to improve legislation that would compel railways to improve safety on a national level.

In 2004, he was featured in a New York Times/Discovery Channel documentary Trouble on the Tracks. He has been invited to speak at national and international conferences. In 2005, he was presented with the Consumer Advocate Award for his work representing victims of railway accidents. In 2006, he wrote a much-heralded article titled “Perilous Tracks” that was published in Trial Magazine detailing failures in railway safety, the laws governing railway safety, and providing a blueprint for lawyers involved in railway litigation.

In 2002, a trainload of toxic waste derailed in Minot, Minnesota. The dispersed fumes caused chemical burns in dozens of people and resulted in massive damage to the community. The suit against the railway was dismissed but Pottroff went to work on changing the preemption law that allowed the railway to escape responsibility.

“The Eighth Circuit’s finding was that federal law preempts that claim,” says Pottroff. “I personally went to work fighting the legislation that corrected the horrible interpretation of the law. That resulted in the 2007 amendment to the Federal Railroad Safety Act. I had the honor of being able to fight for that and God forbid that George Bush signed something that I wrote, but he did.”

The result was that years later the people of Minot received compensation that had previously been denied.

More TRAIN CRASH News
Pottroff expects a battle with Amtrak over claims by people injured and killed in Philadelphia last week. He expects that the railway will try to find some way to argue that it is not accountable.

“We are going to be looking at a preemption defensive; it will be unique and sprung like a trap on the unwary,” says Pottroff, anticipating what may be coming.

“They will say they are not liable. I guarantee there will be a federal preemption brief filed about the size of a New York phone book,” he adds.

What caused the Philadelphia accident is being investigated by both the FBI and the NTSB. And there’s one more investigator on the case - lawyer Robert Pottroff. You can be sure he’ll be asking a lot of questions and finding a lot of answers.

Posted by
W. Smith
on September 1, 2015
Actually,
I've been in the business long enough to know that--that accident was a cowardly suicide attempt!There is also rumors that the engineer had a"Red Phone" app. The app allows covert communications without a hit from your carrier. Goggle it.
When RR [fatal] accidents occur, one should immediately investigate the crew for medical, personal and financial problems [in--any order].
Take the case of the UPRR accident in Hoxie last [August] year.
Goggle one of the crew members and then you will see the mounting legal problems including imminent termination.
The Oklahoma incident in 2012; the engineer had 8 miles of visibility prior to impact. What's the alternative if you're legally color blind and your doctors tells you: we can't do any thing else for you. Will the RR offer a settlement or pay your bills if can't see anymore? No! The NTSB reports are readily available for the public's review.