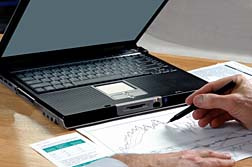 First off, annuities have been feted for the fact they pay a guaranteed income stream for the remainder of the purchaser's lives. But the guarantee is only as good as the insurer that issues it. While there are some protections available at the state level, annuities are a complex animal.

Many investors, including seniors, have them. But do they understand them? And did they want them in the first place? Like any financial product, an annuity is often sold more for the fact that commissions are healthy, than the actual appropriateness of the investment for the particular investor to whom it is targeted.

An annuity is basically a tax-deferred investment that is tied in with an insurance contract. The insurance component is there to ward against a loss in capital, and earnings within the annuity grow on a tax-deferred basis. There are also no contribution limits.

But the fees can be steep. Commissions to the broker can go as high as 5 percent, and annual average expenses on variable annuity sub accounts usually stacks at about 2.44 percent of assets. Compare that with 1.32 percent, on average, for open-ended mutual funds. There are also contract fees.

A senior, with little-to-no potential for earning additional income outside of investments, cannot afford to be losing so much on costs. And yet, instead of going into less-expensive mutual funds or conservative (and safe) GICs, many seniors are being steered into annuities. For many, according to some experts, it is not the most appropriate savings vehicle for them.

Were a senior to invest in GICs, for example, they can choose to keep some funds in an interest-earning cash account, in the oft chance that the money is needed. GICs also come with various maturities, so the investment can be spread across various products that offer staggered maturities. However, with an annuity, the money is locked-in, for typically a five-year period.

Were an investor, especially a senior, lock the lion's share of their money away into an annuity, only to be in need of funds sooner than expected, the penalties can be steep. For example, if funds needed to be withdrawn during the first year of annuity ownership, the penalty can be as much as 6 percent. That penalty is also variable, and reduces as the ownership period goes up. After five, or seven years for example, the penalty could be 1 percent. But that's still one percent, and a fair chunk of change if the investment is a large one.

Speaking of taxes: any gain inside of a variable annuity is taxed at normal income tax rates. That can be as high as 35 percent. Compare that with a 15 percent rate for long-term mutual funds.

Annuities are appropriate for some, obviously—but most experts agree that the appropriateness is for a select few. For most, annuities are risky and expensive, and for a senior…in spite of the attractiveness of receiving a steady income from an annuity, the latter is for many in this demographic a poor investment indeed.

Annuities are typically insurance vehicles, and are therefore sold by insurance agents licensed by their respective employers to do so. However, if some or all assets of an annuity are invested in stock, then that insurance vendor must also double as a stockbroker. As has been the case with many stockholders, their allegiance is less to their client, and more for the fee payday. A less-than-reputable stockbroker will steer his, or her client into a product just for the hefty fees and commission it yields.

And that's not the half of it. Some disreputable brokers/account execs will recommend replacing old annuities with new ones. Result? Additional commissions and fees, even surrender penalties—all unnecessary that put money in the broker's pocket.

There is the preferred customer gambit, where favored clients with large annuities are allowed preferred access to things such as preferential market timing and after-hours trading that affords the rapid sale, and purchase of variable annuities. Such practice freezes out the long-term investor, whose annuity performance suffers in the shadow of such opportunism.

And then there is the rampant failure to disclose important and sensitive information that will cost the investor big time in the long run. Unsuitable, and inappropriate investments or transfers into tax-deferred products that only succeed in costing a client unnecessary commission fees and penalties they can ill afford to pay.

More VARIABLE ANNUITIES News
And it goes on. Many elderly investors believe that annuities are safe investments, when that is often not the case at all. They are often led to believe that an annuity is much, much more than mutual funds combined with term insurance. Should the stock market rise, the fund will rise somewhat—but the investor has paid substantial fees and commissions to realize those gains, and the insurance portion of their annuity is worthless. A drop in the stock market means a loss in annuity value, and the investor loses twice.

And what of the guaranteed aspect of the annuity that the annuity is insured against losses if the market drops—something that has been an issue for millions of investors these last several weeks? Yes, the investor is guaranteed against a loss. But given we're talking life insurance; the investor must die for that guarantee to be realized.

Shopping for variable annuities, with variable annuity life insurance? Be wary. Know your advisor well. Know that you can usually back out of a contract you've just signed, if you feel you've been bamboozled. And if you're still not sure, consult a reputable variable annuity lawyer.

If you have suffered losses in this case, please send your complaint to a lawyer who will review your possible [Variable Annuities Lawsuit] at no cost or obligation.
Request Legal Help Now