Patients are speaking out about their experiences with the controversial anti-psychotic drug Seroquel, as lawsuits against AstraZeneca, the drug's maker, are on the rise.

Legal actions started when the FDA ordered a label change several years ago, indicating patients are at a heightened risk of contracting diabetes and other blood sugar disorders such as hyperglycemia. Patients taking Seroquel have been shown to have more than three times as many cases of diabetes as those taking older antipsychotic drugs. Health advocates have also raised concerns that the drug may be addictive. 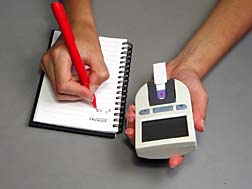 More Lawsuits: AstraZeneca on the Defensive
The National Law Journal reports that in a one-month period, plaintiffs have filed more than 350 product liability cases against AstraZeneca in Delaware state court alone.

While thousands of complaints have been filed across the country, Mike Kelly, a lawyer for AstraZeneca said: "We stand behind Seroquel, which is a great product that has helped a lot of people."

Mr. Kelly's remarks are typical of Big Pharma companies. But while they may defend their products against the odds, drug makers often quietly agree to pay out class actions and other costly legal settlements.

For example, one prominent lawyer notes that the drug maker Lilly agreed to pay more than $1 billion to settle 28,500 state and federal claims about its drug Zyprexa, yet all the while the company continued to deny liability.

Patients Speak Out: Diabetes and Withdrawal Fears
Former Seroquel users have been speaking out about their experiences, discussing possible links to diabetes, as well as fears about addiction to the powerful drug.

One patient told a ProgressiveU forum (a nonpartisan social welfare organization that encourages an open discussion of current events, progressive values, and public policy) that she believes she "developed diabetes after taking Seroquel. In 2005 they started putting a warning about diabetes on the bottle, but I never saw one, and my doctor did not know about it until 6 months in [when] I had developed type II diabetes."

Another patient, who has become pre-diabetic since using Seroquel, stated:
"If I had known about the health consequences of being on this medication and my doctor had forewarned me, I would never have taken this medication. I think this calls for a lawsuit."

Withdrawal is another concern for Seroquel users, particularly when the drug has been prescribed off-label for insomnia. One patient described his experience after discontinuing use of Seroquel this way: "I've been off Seroquel for about 80 days now. I'm having tons of anxiety, not feeling like eating. ... I never had any of these things before I was on Seroquel."

More News
Another patient with insomnia has been unable stop taking Seroquel, despite several attempts: "I have been attempting to get off Seroquel for a couple of months. I tried 'cold turkey,' but could not sleep at all. I kept thinking that it would eventually get better, but after nine days of very little sleep and maddening insomnia, I went back on. I feel that it makes you dependent on it for sleep...and it isn't easy to break the cycle."

The Future of Seroquel
Now that the courts and health advocates taking action, Seroquel faces an uncertain future. Many doctors are prescribing other medications to former Seroquel users, and many patients are seeking alternatives to the drug.

If you are taking Seroquel and have concerns, speak to your doctor. Physicians advise that it is unsafe to discontinue the drug without medical advisement. If you believe you have suffered as a result of Seroquel use, you are not alone. Contact a legal professional to assess your options.

If you or a loved one has been diagnosed with diabetes while using Seroquel, please contact a lawyer involved in a possible [Seroquel Lawsuit] who will review your case at no cost or obligation.
Request Legal Help Now

Posted by
Dan Verin
on December 3, 2018
My wife 83 years old was given Seroquel and generics for 6 years at increasing dosages, up to 900 mg.
In Jan 2017, during her 2nd hospitalization at a Ohio hospital, and her lifetime's fourth,

she was ABRUPTLY cut-off by the MD of that hospital.
She had very severe withdrawal suffering for 2 months (up to April 2017). She was put under some other med.

In June/July she started to develop severe paranoia/agoraphobia. Was diagnosed with schizo affective disorder after being treated 20+ years as manic-depressive

I WANT TO KNOW ABOUT SUEING THE HOSPITAL THAT STOPPED HER SEROQUEL TREATMENT COLD TURKEY WITHOUT HER THERAPIST NOR HER FAMILY BEING ADVISED.

Today I took her to another hospital's behavioral center as an in-patient. The staff there was appalled that my wife had her seroquel cold turkey.

What options do we have to sue the hospital (or the treating doctor who went on long-term vacation ONE DAY after prescribing the change) ?

Posted by
lauren
on February 1, 2012
I have contacted you last week, and wanted to add that I have spoken to the pharmacist about the Seroquel that I was prescribed, and he stated that the dosage of 200mg SR was way out of line for a 108 pound woman sleeping 13 hours with a light weight 30 day short term sleeping pill. The "schizo-affective personality disorder with bipolar personality disorder" which I was diagnosed with in conjunction with a 15 minute "Medication Evaluation" on a first time visit would seem right for Seroquel, but has yet been suggested by any doctor I have spoken to. I have been a teaching assistant with closed classrooms of children with this unfortunate diagnosis, and can assure - his exploitation of this crippling disease is unspeakable. The MD continues to deny access to medical records. The legal department at the hospital corporation has already found several flaws in his notes - and has been evasive in returning my calls as the Legal Department attempts to obtain a consultation with the "Medication Evaluator" and with the MD who contacted the Legal Department.