On February 6, 2007, the father of a flight nurse killed in a crash filed suit against the company that runs the flight service operating the plane. Benefis' Mercy Flight service is being blame for the plane crash that killed the man's daughter, Darcy Dengel, and two other crew members near Belgrade.

On Monday, the woman's father, Richard Dengel, filed the civil lawsuit in Cascade County's District Court against Metro Aviation, Inc. The damages he is seeking are unspecified at this time. The suit alleges that Metro Aviation endangered the lives of the flight crew by only using one pilot instead of using two like they had done previously. The lawsuit also alleges that they did not provide their employees with the adequate training needed to use the safety equipment. 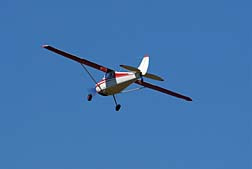 Also named as a defendant in the lawsuit is the pilot, Vince Kirol, who was also a Metro Aviation employee. However, he was killed in the crash, so the lawsuit is against his estate. Gregory Pinksi, Dengel's attorney, said the estate of Kirol was named in order for the case to remain in Cascade County. This has not been done as a way to collect money from the family of Kirol. Had Kirol not have been named a defendant in the case, it could have been moved to another location in the state. However, this is not a way to cause more hardship on Kirol's family.

Last month, the National Transportation Safety Board issued a report that pilot error was a possible cause for the crash. In the report, it is said that Kirol did not maintain enough altitude and did not keep an adequate descent rate while approaching Belgrade's Gallatin Field Airport at night. The crew was arriving to pick up a patient at the airport.

The report further states that the mountainous terrain and the night conditions were also to blame in the crash. Upon approach, the plane came in contact with a tree at an elevation of 5,700 feet, but the tree was located at around 80 feet below a ridgeline. Upon coming in contact with the tree, the plane crashed into the mountain, killing Dengel, 27, Kirol, 59, and Paul Erickson, 33.

Prior to the crash, Kirol had written a letter that was not addressed to anyone in particular and was not signed. The letter addressed his various concerns regarding the single-pilot system that was being newly implemented. The letter states that he was concerned with the bad weather in that area of the United States and that such hazardous conditions constitute the need for a two-pilot system for safety reasons. This letter has been presented with the lawsuit.

More News
The lawsuit further alleges that Kirol was not adequately trained by Metro Aviation to use the on board safety equipment. The most important of this safety equipment was a warning system that notifies pilots of hazardous conditions within the flight path, which includes mountains. The safety history of Metro Aviation is questioned due to a shut down in February because of safety concerns brought about by pilots.

As for any comment on behalf of Metro Aviation, none has been made since they have not been able to review the lawsuit. Metro Aviation operates out of Shreveport, Louisiana and has a contract with Benefis Healthcare and various other hospitals that provide air transport for emergencies. Benefis has also not made any public comments regarding the suit, but have made it known that safety is a huge concern for them.

Once the defendants in the case have been served with the lawsuit, they have 20 days to file a response.