Another Qantas Airways Ltd. plane has been involved in a midair incident, this one injuring approximately 45 passengers and crew members. The incident occurred on October 6, as the plane was on its way from Singapore to Perth, Australia.

According to officials, the plane experienced a problem in its onboard computer equipment while flying over the Indian Ocean. The computer problem caused the plane to fly "of its own accord." One official said that there was "irregularity with the elevator control system," resulting the plane climbing 300 feet from its normal flight elevation and then dropping rapidly, up to 2000 meters. 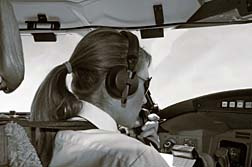 The plane made an emergency landing at Learmonth after pilots issued a mayday call. Injuries sustained in the incident ranged from abrasions to fractures to spinal injuries. Of the injured, 14 required medical evacuation while 30 others were treated at local hospitals.

The plane involved in the incident was an Airbus A330-300. Both Airbus and Qantas are investigating the incident.

In an interview with the Herald Sun, Jim Ford, a passenger on the plane, described the incident as the worst experience of his life. Other passengers were also understandably shaken, saying some people appeared to be suspended in midair when the plane took a nosedive. Others were thrown up out of their seats and hit the plane's ceiling.

This is at least the second major incident involving a Qantas plane in recent months. In July, a Qantas Boeing 747 was forced to make an emergency landing after a large hole appeared in the fuselage. The hole was caused by an exploding oxygen tank.