Frequently it is the large companies that are accused of trying to save money by not paying proper overtime wages, especially in California. The media regularly carries stories about large organizations that owe hundreds of employees millions of dollars in overtime pay.

People tend to forget about the smaller companies, such as family-owned businesses, that do not properly pay their employees. While it may be a simple case of not understanding the law, employees deserve fair pay for the work they do. 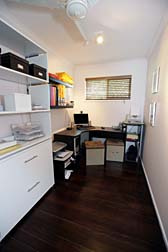 Furthermore, employers must be willing to listen to their employees when they complain about labor law violations. Scott H. says he was fired for complaining about not being paid properly for overtime hours, even though his company was breaking the law. Scott worked for a family-owned business, involved in making tamper-proof screws. He says he worked for two years without proper overtime pay before he complained.

"I came back from the Memorial Day holiday on Tuesday and I was upset because I kept telling them they were paying the overtime wrong," Scott says. "So, I called the Industrial Relations Board and recorded their message on my cell phone. Then, I played the message for the owner's son, who said, 'we're paying you the overtime right.' But they weren't."

Scott then had the message played for the company's owner, who tried to claim that, because they paid overtime for forty hours a week, they were paying the overtime correctly. Scott insisted that they were not and told his employers that they owed him money for the overtime hours he worked daily.

Over the next few days, Scott had various conversations with management and other workers that insinuated he would be fired for complaining about owed wages. In the meantime, he was told that he would receive a check for the money owed to him.

On Friday of that week, four days after phoning the Industrial Relations Board, Scott was told by his employer that he should not bother coming to work. Scott went to speak to an attorney, who told Scott he was right for complaining about the overtime wages, even though it meant he had lost his job.

"I was finally told that my check would be ready, so I went down to get it. But now the company is claiming that I walked off the job and, because it's a family-owned business, they are covering each other's butts.

"We always worked nine hours a day and were paid straight time for it. We never worked eight hours a day and I worked for them for almost two years. As far as I know, the other employees still haven't received their checks for overtime pay owed to them."

More CALIFORNIA OVERTIME News
Scott is considering a wrongful termination lawsuit against his former employers. He has yet to determine if the check he was given was actually for the full amount due for his overtime hours. Scott says he is upset that the company was able to draw interest on money owed to him for two years.

Under California overtime law, employees must be paid for overtime hours if they work more than eight hours in a day or 40 hours in a week. This is true regardless of whether the company is a large organization with hundreds of employees or a small business with only one or two employees.

It is important that employees fight to assert their right to overtime pay. They work hard and deserve every penny they earn. If you feel you have been unfairly denied overtime pay, contact a lawyer to discuss your legal options.

If you have believe you have been a victim of Unpaid Overtime practices, please contact a lawyer involved in a possible [Unpaid Overtime Lawsuit] to review your case at no cost or obligation.
Request Legal Help Now