You must forgive people for getting steamed at telecom companies and letting that steam go in the courts of law. But honestly, just how does a service provider who attempts to pull the wool over the eyes of well-meaning consumers, expect those consumers to react once they realize they've been had? 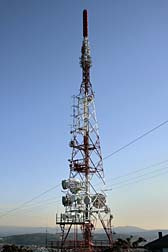 The plaintiffs in a long-distance calling rate class action lawsuit would have felt rightly swindled, which is why they launched the action fronted by lead plaintiff Baxter Air Inc., of Woodville, in the State of Washington. The company launched a lawsuit in 2005 in Seattle on behalf of customers under contract with NOS Communications, Affinity Network, and NOSVA Limited Partnership.

The defendants are collectively known as NOS, and last month a settlement was reached that will provide hundreds, if not thousands of dollars in refunds to about 1,000 class members located in Washington State.

Like many individuals as well as companies, Baxter Air was in the hunt for better long distance rates, and thought they had hit pay dirt with NOS. The latter was aggressively marketing lower rates than their competitors, and in 2003 Baxter Air signed up.

But there was a catch, and that catch was the way in which NOS calculated usage. Rather than billing in terms of 'cents-per-minute,' which is a formula everyone can identify with, NOS utilized a complicated and allegedly convoluted formula they called 'total call units' or TCUs.

Pity any consumer trying to figure it out—most would have just given up and paid the damn bill for whatever amount it suggested. Worse, however, is the fact that NOS did not disclose how the TCU concept worked until after a consumer signed the contract.

That's what happened in the Baxter Air case, which soon realized that they were paying twice as much for calls than they were led to believe. That's because the TCU structure resulted in double the cost for a call, than the standard per-minute rate.

Baxter Air cried foul and did so in court with a fan base of 1000 in the fight with them, and initially the court called NOS to the carpet for violating Washington's Consumer Protection Act by practicing deceptive marketing. A trial to determine damages was set for April, but was put aside when a proposed settlement was reached.

The court granted final approval of the proposed settlement on June 25th.

As part of the settlement, NOS is required to guarantee that it will no longer market their unique TCU concept to consumers in Washington State without first disclosing in advance how it compares with traditional cost-per-minute pricing. It is assumed that, should the Baxter Air situation be any indication, NOS may find it more difficult to sign up new customers based on a formula that could cost them twice as much per call under the TCU system, as it would utilizing more traditional pricing.

It is assumed, as is the case with most contracts, that a penalty would be due for any consumer wishing to break the contract, or cancel it early. By not disclosing unpalatable details of service until after the contract is signed, a carrier could stand to reap revenue from the cancellation fees paid by a consumer disenchanted with the real costs of the service. Such an occurrence was not identified, or reported in connection to the Baxter Air v. NOS action, but the question remains.

More MEDIA/TELECOM News
While it is not the practice of all service providers, some will undoubtedly take advantage of an extremely busy, and distracted consumer profile by relying on smoke-and-mirrors to put through rate increases, or reductions of service without corresponding reductions in rate. The infamous practice of 'negative billing' assures that the consumer is provided with more service, together with a higher rate, without being asked. The consumer must indicate, instead, an UNWILLINGNESS to acquire the additional service, usually within a compressed time frame.

In the end, these purveyors of trickery just hope that you, pulled as you are every which way but Sunday will just say at the end of the day, "I'll just pay the damn bill…"

Don't do it. If you've been had, fight back. The class litigants in the Baxter Air Inc. vs. NOS affair are glad they did.