The subprime mortgage meltdown that served as the catalyst for the global credit crisis was akin to a house of cards. Check that, a skyscraper of cards—built by greedy investors who took leave of their senses and ignored the early warning signs of a subprime meltdown. And here we were so worried about the Y2K computer meltdown in 2000 that didn't happen. As for a subprime market meltdown, nobody saw it coming until it was too late. 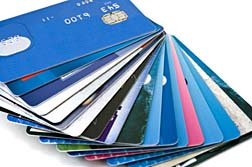 Who to blame? Greedy bankers, for one, who saw new ways to make a buck and defer risk by spreading that risk around. But then there are the politicians, and on the surface everyone seems to be blaming the Bush Administration, as this has all happened on their watch. However, some suggest that the Clinton Democrats are the actual architects, given reported attempts to make the dream of home ownership a reality for a previously ignored sector of the population. Suddenly, Americans who historically did not have the income level to support a mortgage were granted funding at preferred—albeit time-limited—rates, together with the expectation that interest rates would stay low and house prices would rise.

Nonetheless, it fell to the Bush Administration during the last days of George W.'s presidency to attempt to reverse the damage. The United States is still regarded as The Great Superpower and the world looked to the US to stem the tide of the subprime mortgage meltdown.

But ironically, it didn't work. A $700 billion bailout package, which enabled the Fed to buy up beleaguered mortgage securities, failed to calm the markets, and banks were still not lending. In the end, the unlikely hero has turned out to be British Labor Prime Minister Gordon Brown, the successor to Tony Blair and a fiscal conservative who spearheaded what would become a global effort whereby countries pumped money into their banks, effectively taking an ownership stake and injecting a degree of regulatory authority. Other countries followed suit, as did the US in early October—something that seemed so foreign to the American way of thinking. But the government had little choice.

So what built the subprime skyscraper of cards? There are so many factors that trying to understand them all would make one dizzy, but it begins and ends with the practice of allowing loans to borrowers who don't qualify for market interest rates. Thus, they were granted preferred rates at sub-prime in order to get them in the home, with a higher rate to kick in later—hopefully after the home had earned some equity, and perhaps the homeowner's financial situation had improved. Many of these loans were zero down.

According to various sources the value of the US subprime mortgage liability was estimated at $1.3 trillion by March of last year, with more than 7.5 million first-lien subprime mortgages outstanding. Sixteen percent of adjustable-rate (ARM) mortgages were 90 days delinquent, or already in foreclosure by October of last year—just a year ago. That figure was triple that of 2005. And it just kept getting worse. The delinquency rate was up to 21 percent by January of this year, and up to 25 percent four months later.

The bursting of the US housing bubble sent the first shockwaves through the subprime skyscraper of cards. There were too few buyers for too many houses, with more and more coming onto the market in foreclosure. Such actions were costly to banks, already reeling from having so many bad debts on the books, and staring down enormous debt loads. A foreclosure instantly costs a bank about $5,000. And there were thousands of them.

The other problem had to do with the exposure to those bad mortgages. Were the risk to remain within the confines of the sponsoring bank, we would be looking at a different financial horizon today. The latter is the traditional way of doing things.

But no, someone somewhere discovered something called securitization, which saw banks sell rights to the mortgage payments and related risk to investors. Here is where we find the now-vilified mortgage backed securities (MBS) and collateralized debt obligations (CDO) that saw the broad distribution and sharing of the benefits, together with the risks, to investors.

Suddenly there is a huge interdependence between the US housing market—which was expected to expand forever, it seems—and the global markets.

That interdependence could be seen in the threat to insurance giant AIG earlier this fall. The company, overall, is sound. However it had too much exposure to mortgage backed securities, and that exposure threatened to bring down the company—an enterprise whose tentacles snake around the world. Its failure would have brought certain disaster. But it was rescued, as were others. Fannie Mae and Freddie Mac were bailed out. Others were taken over by competing banks with deeper pockets and, in some cases, with the participation of the Fed.

But somebody had to fail, and Lehman Brothers took the fall. A $600 billion failure that sent shockwaves through the global markets. As if to say, if a company like Lehman Brothers, which had been around since before the start of the Civil War could fail, then there is no safe haven for anybody, anywhere.

A recent study by the UNC Center for Community Capital maintains that high-risk mortgage products is just as much to blame as borrowers with weak credit, for the mess we currently find ourselves in. The Chapel Hill-based think tank reveals in its study that borrowers with similar risk characteristics defaulted more often when they borrowed using subprime mortgages. The UNC findings show that those same borrowers were less likely to default when they received more traditional funding tied to the prime markets, including 30-year fixed rates.

And here's the most damning piece of evidence of all: the suggestion that borrowers who may have qualified for a prime-rate mortgage were directed instead to sub-prime products by brokers motivated by fees, or compensation for delivering mortgages with higher rates.

What were they thinking? 'Tis true, everyone is out for the almighty buck. But in this case, too many people were raking in the cash and lining their pockets while no one was minding the store, or looking out the window to see what was out there.

Had they looked, they would have seen quite the economic snapshot:

They would have seen that US household debt as a percentage of income rose to 130 percent during 2007, as compared with 100 percent earlier in the decade. Actual household debt grew from $680 billion in 1974 to $14 trillion in 2008. Even more dramatic is that figure was double what it was in 2001: in 7 short years, US household debt doubled from $7 trillion. It has been determined that the average US household holds 13 credit cards, with 40 percent carrying a balance, vs. 6 percent in 1970.

All this debt—and yet Americans could not wait to acquire more. Thanks to the housing boom, home prices increased by 124 percent between 1997 and 2006. This additional equity sent homeowners running to the bank, to take out second mortgages on the increased value to buy that nice new truck, or take that boffo trip.

The typical American, together with the typical American lender and investor, were all marching to the beat of the same drummer: buy now, pay later. Defer that payment, and if you can spread that deferment, and the risk to as many other people as you can.

Little wonder the skyscraper of cards—credit cards no less—is tumbling down.

More SUBPRIME MELTDOWN News
Consumers can be forgiven. We're only following the government's lead of deficit financing. We're buying into the philosophy of the credit industry, which is everywhere. We are mailed credit cards when we don't want them, steered into subprime mortgages when more traditional financing will do. We are told to borrow in order to invest, and when we do invest we are told that the investments are safe, when they are not.

Consumers are the innocent victims here, brought down by the subprime mortgage meltdown. We have been advised by people who should know better, people motivated by greed. Our reward for simply playing by the rules is the subprime market meltdown.
And seeing fat-cat corporate executives shown the door is of little consolation, knowing what we know about the golden handshakes a lot of them got. All we got was an empty bank account, and an empty seat at the assembly line where our job used to be. They got millions, while we got burned by the subprime meltdown.

But we'll have out day in court, won't we? Once all this gets sorted out, we'll be back. And then they'll wish this had never happened, for reasons they can't even fathom…

If you have suffered losses in this case, please send your complaint to a lawyer who will review your possible [subprime meltdown Lawsuit] at no cost or obligation.
Request Legal Help Now