When it comes to consumer fraud, you don't want to mess with the US Internal Revenue Service (IRS). Little wonder that Americans with issues relating to their taxes enlist the aid of experts to make sure that their numbers add up. The Consumer Fraud Act serves as consumer protection against entities that say one thing and deliver another. 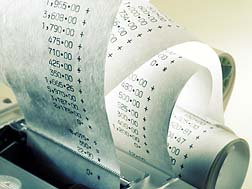 That's the accusation against JK Harris & Company, billed as the nation's leading tax representation firm, which has been slammed by the Attorney General's Office for Texas of misrepresenting its capacity to aid consumers in their quest to resolve unpaid tax obligations.

While tax rehabilitation can happen over the entire year, tax time is often when such matters are addressed and interest in undoing past wrongs, is galvanized. Thus it's a delicious irony that just as the tax deadline has passed for the 2008 taxation year JK Harris has been cited for allegedly leading prospective clients down the garden path.

A lawsuit filed this month accuses JK Harris & Company of providing misleading information about its employees' expertise, overstating its ability to clear up debts to the IRS and accepting large upfront fees knowing it could not reduce customers' tax liabilities.

The suit also contends that JK Harris advertising and marketing material leads consumers to believe their files will be handled by tax experts and former IRS agents, when the work is instead undertaken by employees who can claim no such expertise.

This isn't the first time the firm has had to do some backpedalling through their pocketbooks. Last June, according to the Dallas Morning News, the North Charleston company agreed to pay $1.5 million in restitution and change its advertising under a settlement with attorneys general in 18 other states. In 2007 JK Harris paid out $6 million to settle a class-action lawsuit.

The current lawsuit, filed in state district court in Harris County, comes on the heels of more than 1000 complaints from customers across the state of Texas. Texas Attorney General Greg Abbott accuses JK Harris of taking large fees from Texans who are struggling financially and who believed their tax obligations could be settled for pennies on the dollar.

In reality, according to the lawsuit, JK Harris could and should make no such claim.

At the end of the day, taxpayers who thought they had consumer protection through the Consumer Fraud Act by entrusting their tax issues with what appeared to be a well-qualified firm would be forgiven for having doubts with regard to their case. Such alleged consumer fraud could wind up costing them in more ways than one. Given that a tax issue can linger and dog a taxpayer for years, it is in your best interest to ensure you get the expertise you paid for, at a rate that is not inflated. After all, you have to pay the taxman—but you shouldn't be made to pay any more than you need to.

A qualified consumer fraud lawyer could help you.