Chicago, IL: One man and five repair and mortgage companies were named in a consumer fraud lawsuit for allegedly bilking approximately $1.3 million in equity from area homeowners. 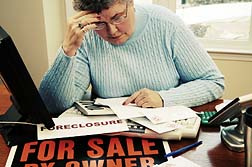 More FRAUD News
In all, the attorney general's office claims the group defrauded 36 Chicago homeowners who were reported as being either elderly or African American, and living in the city's west and south sides respectively, the Chicago Tribune reports.

According to the lawsuit, Diamond allegedly offered to refinance mortgages at lower interest rates or promised to lower monthly payments. He reportedly encouraged homeowners to take equity out of their homes for repairs, which were done by the companies named in the suit.

Diamond then allegedly pocketed a portion of the funds. The promised repairs were reportedly never done.

If you or a loved one have suffered losses in this case, please click the link below and your complaint will be sent to a business frauds lawyer who may evaluate your Fraud claim at no cost or obligation.
Request Legal Help Now