A lawsuit alleging consumer fraud has been filed by the Attorney General's Office in Chicago against an electronics retailer that reportedly failed to deliver merchandise and dropped the ball with regard to refunding customers their down payments on store items. 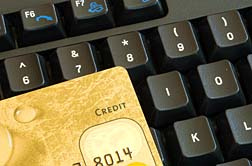 The defendant, Ellis Computer Consulting Inc and its president Renault J. Ellis, is alleged to have purchased merchandise at wholesale prices. After receiving partial payments from consumers, Ellis is accused of failing to deliver the products as promised and also failed to provide refunds.

Ellis' alleged conduct is in violation of the Illinois Consumer Fraud and Deceptive Business Practices Act.

The office of Lisa Madigan, the Attorney General for Illinois, reportedly received five consumer complaints about Ellis Computer Consulting, together with five complaints filed with the Better Business Bureau. It has since been reported that victims were out more than $10,000 collectively as a result.

"My office is committed to enforcing Illinois' laws to protect consumers from fraud or deceptive conduct," Attorney General Madigan said. "We will work to hold Mr. Ellis accountable for defrauding his customers and helping them get their money back."

Among other goals, the lawsuit seeks to prohibit Ellis from engaging in the business of selling electronic equipment and seeks restitution to consumers as well as investigative and court costs. In addition, Madigan's suit seeks a civil penalty of $50,000 and additional penalties of $50,000 for each violation found to have been committed by the defendant with the intent to defraud.

While this case appears to be a blatant misuse of the public trust, consumer fraud comes in many forms—from retailers that coax consumers into their stores with false and misleading advertising, to price guarentees that are not honoured and in-store warranties that are not upheld.

In a famous revelation from last year, a major consumer chain with a history of deceptive practices took advantage of consumers utilizing the internet to undertake price comparisons. Upon visiting the physical location with on-line pricing in tow, the consumers were shown a web site upon which the product pricing did not match.

In the end it was found that an in-store Intranet was fashioned to appear exactly like the store's Internet website, but with prices that were inflated. Considering that the web pages looked identical, consumers who challenged store staff with regard to the inflated prices were shown a web site that appeared to confirm that the diligent consumer was, indeed, mistaken. It would have taken the most savvy of computer afficiondos to notice the differences in the URL address.

More CONSUMER FRAUD News
The Chicago lawsuit is also indicative of just how easy it is for an individual to take advantage of the cost-concious consumer in this era of high fuel prices and tight money. Considering the proliferation of computers that reside in a majority of homes in America, the reality that many Americans derive a portion of their income from their personal computers or perform job-related work from home, the need to have updated computer hardware and software is a constant.

The combination is a recipe for patent fraud: a promise of the moon, followed by the failure to deliver.

Most Americans would lose too much sleep at night, at the thought of defrauding innocent consumers in such fashion.

Sadly, there are far too many who couldn't care less, if it means making a buck. Laws and statutes, such as those excercised by the Attorney General of Illinois, are there to protect consumers from consumer fraud, and governments are not shy at shoing their teeth to protect their constituents.

If you are, or have been a victim of consumer fraud, a consumer farud attorney can help you fight back, recover losses, and ultimately hold the fraudsters accountable.