Multiple companies have announced deals with regulators involving auction rate securities lawsuits. Some of the announcements involved the Securities and Exchange Commission (SEC) while others involved various state regulators.

In one settlement, Merrill Lynch & Co. agreed to a preliminary settlement in principle with the SEC. The settlement would give investors up to $7 billion to restore their losses but does not include any fines that the SEC may impose against Merrill Lynch. Those fines would be dependant on a number of factors, including the extent of the firm's misconduct in its handling of auction rate securities. 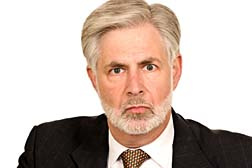 Meanwhile, Goldman Sachs Group Inc. and Deutsche Bank AG reached settlement agreements with New York and other states. Their settlements will reimburse municipal issuers for refinancing fees on auction rate securities that were issued between August 1, 2007 and the time the securities failed in February 2008.

The companies involved in the lawsuits have admitted no wrongdoing in their handling of auction rate securities.

Despite the settlements, it is still a good idea to talk to your lawyer about a possible claim against companies that sold auction rate securities. That is because you may have lost opportunities due to your investment being frozen and your money being inaccessible. For example, you may have had a business opportunity present itself but been unable to capitalize on that opportunity, even though you had the money to do so, because you were unable to liquidate your investment.

That is one of the biggest complaints about the failure of the auction rate securities market: that investors were told that the money was liquid and so they invested, thinking that, if necessary, they could easily access their funds. Unfortunately, many found out too late that, once the market collapsed, this was not necessarily the case.

More AUCTION RATE SECURITIES News
This is not a simple situation of investors taking a calculated risk, losing and then blaming their advisors for the loss. Rather, they were told that auction rate securities were safe, that they were liquid and that they were relatively risk-free—even after the market starting showing signs of weakness. People invested in auction rate securities because they did not want the risk associated with other investments; they wanted their money to be safe. And, while they may be compensated for the money they had in the auction rate securities when the market collapsed, it is not yet clear if they will be compensated for opportunities missed because their funds were frozen.

If you had your funds frozen because of auction rate securities, contact a lawyer who is experienced in dealing with securities claims.

If you have suffered losses in this case, please send your complaint to a lawyer who will review your possible [Auction Rate Securities Lawsuit] at no cost or obligation.
Request Legal Help Now