If you have a legal problem in Missouri, you can file your class action, personal injury, unpaid overtime, defective product, insurance fraud, dangerous drug etc., complaints, for a free case evaluation by a Missouri lawyer.

Missouri News Alert! Have you been injured in a car, truck or motorcycle accident? You may qualify for compensation to cover medical expenses, lost wages, and emotional distress. Learn more and submit your accident case now!

Jefferson City, MO:A St. Louis Circuit Judge in 2016 ruled that an Essure lawsuit filed by 92 women against Bayer could proceed in Missouri, but now that may not be the case. All the plaintiffs claimed they suffered injuries after having the permanent birth control device implanted, and they contended that Bayer is subject to jurisdiction in this state because it does business, generates revenue and conducts marketing for Essure in Missouri.READ MORE
Victory for Risperdal Plaintiffs

St Louis, MO: November was a good month for Risperdal gynecomastia plaintiffs, involving a multi-plaintiff case before a federal judge in St. Louis. And the only verdict that favored Johnson & Johnson in the Philadelphia Court of Common Pleas has been reversed.READ MORE
The Talcum Powder Cases Heading for Massive Trials Next Year 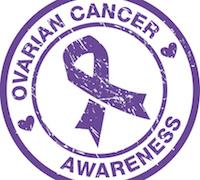 Ridgeland, MO: Next year and the year after, St. Louis, Missouri will be the venue for a massive showdown in the courts between Johnson & Johnson and the hundreds of women who have filed lawsuits alleging there is a direct relationship between their ovarian cancer and the use of talcum powder-based products manufactured and sold by Johnson and Johnson.READ MORE

If you or a loved one resides in Missouri please click on the link below to submit your complaint to a Missouri lawyer for a free case evaluation.
[SEND YOUR MISSOURI COMPLAINT TO A LAWYER]