As Zofran continues to be prescribed off-label for morning sickness, prospective mothers and their unborn children are paying the Zofran birth defects price for such use of a drug developed primarily for cancer patients dealing with severe nausea following chemotherapy. 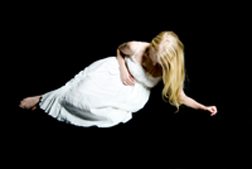 Meanwhile, the Zofran lawsuits continue to arrive akin to a slow, but determined tide. Since February, Zofran lawsuits have begun to emerge, with Zofran manufacturer GlaxoSmithKline (GSK) submitting a petition for consolidation.

However, such legal maneuvering is lost on a mother-to-be who launched a Zofran lawsuit against GSK in April of this year after her pregnancy in the spring and summer of 2013 went horribly wrong due, or so it is alleged, to her use of Zofran.

The plaintiff, from Randolph, Massachusetts, became pregnant in May of that year and developed debilitating morning sickness, the intense nausea that many women suffer while pregnant, usually in the first trimester. Her doctor prescribed Zofran to combat the nausea.

Five months into her pregnancy, in October 2013, the plaintiff’s unborn child was diagnosed while still in the womb with “severe physical malformations, including severe and life-threatening abdominal defects,” according to her Zofran lawsuit. The malformations were of such a severe nature that the decision was made to terminate the pregnancy.

Her Zofran lawsuit, filed in US District Court for the District of Massachusetts, Eastern Division, holds Zofran and GSK directly responsible for the Zofran birth defects that doomed her unborn child. What’s more, the lawsuit alleges GSK knew about the potential for Zofran birth defects for as long as 20 years or more, but failed to disclose the risk to consumers, patients or the medical community.

More ZOFRAN BIRTH DEFECT News
Specifically, the Zofran lawsuit holds that GSK knew as early as 1992, when, or so it is alleged, GSK began receiving reports of Zofran birth defects in association with the use of Zofran for morning sickness. The lawsuit further alleges that GSK is in receipt of some 200 reports to date relating to Zofran birth defects, and yet promoted Zofran as a safe, effective and viable way to treat morning sickness for pregnancy without having any clinical trial data to verify the safety - or lack thereof - of Zofran. GSK has readily admitted that the safety and efficacy of Zofran for use in pregnancy was never studied, and was never approved by the US Food and Drug Administration (FDA) for that purpose. However, medical doctors have always had the authority to prescribe drugs off-label provided they believe the drug would benefit a patient. Busy doctors often rely on the information provided by the drug manufacturer to aid their decisions.

GSK, in 2012, was taken to task by the US Department of Justice for allegedly promoting several drugs in its portfolio - including Zofran - off-label, which is illegal; while a doctor has the authority to prescribe drugs off-label, manufacturers are not allowed to promote or market drugs for applications beyond the original applications approved by the FDA.

The Zofran lawsuit is case number 1:15-11627, US District Court for the District of Massachusetts, Eastern Division.

Posted by
Shelly Colegrove
on November 23, 2015
I did make my complaint already posted, however, I did write the year my twins died wrong. They died May 31, 2003 not 2015 as I posted. This year I have been suffering for 12 years with PTSD, bi-polar depression, and I am terrified of Doctors.
Posted by
Amanda
on August 18, 2015
I was prescribed this medication for nausea associated with migraines. It was good because it would dissolve instead of having to swallow a pill. They told me cancer patients took it to help with nausea from chemotherapy. I already had a mitral valve prolapse when I started the medication. Didn't know it could make it worse.