With more than 220 Zofran lawsuits consolidated for multidistrict litigation, a judge has denied GlaxoSmithKline’s motion to dismiss all lawsuits. Plaintiffs allege their infants were born with birth defects after being exposed to anti-nausea medications prior to birth. They further allege the harm was a result of GlaxoSmithKline illegally promoting Zofran for off-label uses. Since the MDL was announced, the number of lawsuits consolidated for pretrial proceedings has continued to grow. 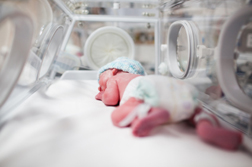 According to reports, US District Judge F. Dennis Saylor denied GlaxoSmithKline’s motion to dismiss lawsuits consolidated in a multidistrict litigation, ruling that the families needed a chance to develop their case and GSK’s motion was premature. The plaintiffs argued that although they did not know whether GSK provided the US Food and Drug Administration (FDA) with evidence of birth defects linked to Zofran, they did know that the drug’s warning labels gave no information about such potential side effects. GSK had motioned for dismissal based on the fact that the failure-to-warn claims were preempted by federal law.

“If - as plaintiffs allege - GSK was in exclusive possession of information not previously submitted to the FDA indicating the need for a new or strengthened warning, that information would presumably be included in a CBE request,” Judge Saylor wrote. “That information could not, however, have been submitted by a citizen petition, as no citizen (according to plaintiffs) had access to it.”

Zofran has been prescribed off label to treat nausea associated with pregnancy. While prescribing drugs off label is not against any laws, marketing drugs for off-label uses is. In 2012, GSK agreed to settle allegations from the US Department of Justice that it illegally promoted drugs - including Zofran - for off-label use. GSK has maintained, however, that it settled the lawsuits to avoid the expense of litigation.

More ZOFRAN BIRTH DEFECT News
The multidistrict litigation now sits at 223 lawsuits, up from 211 as of January 15, 2016. In addition to lawsuits filed in the United States, a class-action lawsuit has also been filed in Canada.

The lawsuits contain claims similar to those of Jon and Clara Rickman, recounted by WBRC (2/18/16). The Rickmans allege their son, Nicholas, was born with congenital heart defects linked to her use of generic Zofran (ondansetron) during her first trimester. When he was only five days old, Nicholas underwent his first surgery for his heart problem.

Among the alleged issues with Zofran is that because it is being prescribed off label, it has never been tested in pregnant women to determine if it is safe for them or their fetuses. According to WBRC, the FDA has received more than 400 adverse events from Zofran linked to maternal exposure during pregnancy.

The MDL is In Re: Zofran (Ondansetron) Products Liability Litigation 2657.