Sherry, along with thousands of other Zimmer NexGen knee recipients, is paying close attention to the NexGen Knee implant multidistrict litigation. And Zimmer Knee Replacement lawsuits continue to be filed. 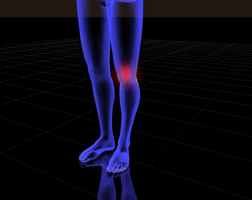 Susan filed a Zimmer NexGen claim after she picked up copies of her medical records that showed both knees appeared to have the reference number and size that corresponded on the company’s website with its Zimmer knee replacement recall.

“I had both knees replaced in 2007 and have endured constant pain ever since,” says Susan. “I was advised by my family doctor and the orthopedic surgeon that, by having both knees done at the same time, I would feel tremendously better and be able to exercise more. I needed to lose weight and regain my active lifestyle that was left behind when the knee pain prior to surgery became unbearable. Instead, I have gained more weight and have significant constant pain in my right knee post surgery. While I have pain in both knees, the right is significantly worse than the left.”

Now that Susan pretty much has a sedentary lifestyle, she is afraid of other problems that come with that, such as heart issues and diabetes. Sitting or standing for any length of time is also an issue.

“I used to love singing at my church but that is no longer enjoyable as it once was,” she says. “I either have to endure serious pain from sitting and standing throughout a performance and rehearsal, or I have to skip them altogether. It has become very painful to sing for even a short time at Church on Sundays.”

Susan read with interest the latest Zimmer NexGen litigation. In a brief filed February 28, 2014 by Zimmer in the U.S. District Court for the Northern District of Illinois, the company said that plaintiffs have complained for three years that its NexGen Flex femoral components loosen at an unreasonably dangerous rate. Zimmer is arguing that none of the proposed cases in the latest bellwether case selections involve femoral component loosening. Zimmer said this complaint is “the very issue upon which Plaintiffs have consistently attempted to justify this MDL.” The plaintiff side has also objected to Zimmer’s bellwether case selections.

More ZIMMER NEXGEN News
Meanwhile, in Colorado, a lawsuit was filed on February 18 (case no. 1:2014cv00424) by a plaintiff claiming her Zimmer NexGen Knee implant required revision surgery in less than two years. The lawsuit alleges the NexGen knee significantly loosened to the point that she needed revision surgery in 2013. It is not clear whether she suffered femoral loosening. By February 19, the US Judicial Panel on Multidistrict Litigation indicated that 1,261 cases are currently pending in the Zimmer NexGen knee implant MDL.

Susan believes she may have suffered from femoral loosening but needs to confirm that with her surgeon and then her attorney. She is hopeful that the bellwether cases will proceed with other complaints. “Zimmer admits its product was faulty so if any component loosens and causes revision surgery, they should be held liable,” she says.

Posted by
Sally Damron
on July 9, 2014
My knee replacement lasted only 2 years. Because of the revision I missed 10 weeks of computer training at the medical office I worked at. I couldn't catch up. I lost my job paying 30 thousand a year. I was unemployed for a year. And I'm being sued for 1,200 to pay for the revision.
I have a job washing dishes at a local restaurant. This has turned my life upside down. I have been out of the work force for a year. Nobody wants to hire a 60 year old medical assistant with bad knees and unable to keep up on computers. I had my knee done late 2009 revision early 2012.
I have titanium pegs in top and bottom to hold my knee in place.
And I'm having to pay for it with money I don't have. I filed with attorney in Columbus September 2012. I was later sent to class action attorney. What is happening with the Illinois law suit, can anyone tell me?