Shoulder replacement surgery is a well-established and should be a straightforward procedure, unless your orthopedic surgeon is implanting a Zimmer Biomet shoulder that has failed and you are unfortunate to have one or two of the 3,600 implants that have been recalled. 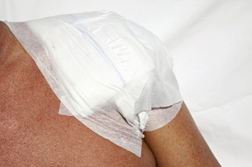 According to the University of Minnesota, improvements in surgical procedures and joint technology are making “Comprehensive Reverse Shoulder” an option for more patients who have a torn rotator cuff. The number of such surgeries has increased markedly in recent years, perhaps in part to new approaches to the procedure. But shoulder replacement failures have also increased, as evidenced by the number of Biomet shoulder lawsuits.

Replacement failure can be the result of shoulder joint replacement infections contracted during surgery, or a device placed incorrectly by the surgeon. Or the device itself could fail, like the Zimmer Biomet device.

Attorneys investigating Zimmer Biomet have discovered a problem with the alloy used to make the metal device, which should be made out of cobalt chromium—as per FDA approval. But the shoulder replacements made by Biomet between 2008 and 2011 (with an expiry date of 2015) were breaking at a substantially higher rate compared with their competitors.

How can a device fail? It's possible if it gets “fast-tracked” by filing the FDA’s 501k form. The Zimmer Biomet shoulder was approved by this process in 2008. Although it was never tested on a human, Biomet advertised its Comprehensive Reverse Shoulder System as the “next generation reverse shoulder prosthesis” and told the FDA in 2008 that its device was the equivalent of five different systems on the market at that time. Conveniently, Biomet had made one of the “equivalent” devices and another was made by Zimmer, a company that bought Biomet in 2014.

Biomet has issued three recalls for the Comprehensive Reverse Shoulder. The first recall in September 2010 was due to fractures between the baseplate and trunnion, and a second recall in  April 2011 was due to an assembly error. The most recent Class I recall in February 2017 was accompanied by a warning from the FDA: “Fractures may result in revision surgeries which could cause serious adverse health consequences such as permanent loss of shoulder function, infection, or rarely, death.” This warning was issued two months after Zimmer Biomet sent an “Urgent Recall Notice” to warn surgeons that some Comprehensive Reverse Shoulder Systems are fracturing at a higher rate than expected.

According to the Daily Hornet (February 21, 2017) Biomet paid

Biomet is likely not too worried about lawsuits. A recent research report predicts the orthopedic devices market is to exceed a whopping $53 billion by 2024. The report explains (almost gleefully) this exponential growth for a number of reasons:

If you or a loved one have suffered losses in this case, please click the link below and your complaint will be sent to a drugs & medical lawyer who may evaluate your Biomet Shoulder Replacement claim at no cost or obligation.
Request Legal Help Now

Posted by
Frances Butler
on June 4, 2017
Violet Zimmer should be ashamed of themselves, as you only focus on shoulders, it's the same as knees. I had a Boomer knee implanted and reveived MRSA, and several surgeries after, in addition they have loosened even today after my career in the military retiring disabled. I retired in 2014, first surgery in 2012, but you only focus on shhoulders. I have this metal in my knee and can't bend a full 90 degrees. The knee should be recalled, as my lot numbers just fo,t mstch, so.done has taken my life for granted while they are constantly getting rich.