The fact that Zimmer Biomet had its Comprehensive Reverse Shoulder approved without any human testing likely comes as a shocking surprise to many recipients of the device. And another surprise: the device was pulled from the market in 2010 after Biomet received complaints of fracturing. But it returned just one year later… 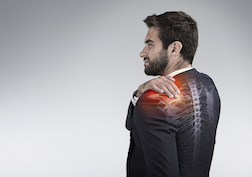 In 2007 the FDA approved the Comprehensive Reverse Shoulder by way of its 510K protocols rather than the typically lengthy and thorough premarket approval process. This ‘"fast-track” process allows a device to be approved because it is similar to a previously-approved product. This device had never been tested on a human, yet Biomet (now Zimmer-Biomet) claimed that its Comprehensive Reverse Shoulder System would be the “next generation reverse shoulder prosthesis”.

Biomet told the FDA in July 2008 that its device was the equivalent of five different systems on the market at that time. Biomet had made one of the devices and the other four were made by Zimmer (it was a separate company until it bought Biomet in 2014 for $13.4 billion), Exacttech and Encore Medical.

The Biomet shoulder was first recalled in December 2010—the FDA labelled the Biomet Shoulder replacement as a Class II recall, meaning that the device could cause temporary or reversible complications. Six years later, the device merited an upgrade to Class 1 label, the most serious type of recall, due to high incidents of fracturing. These fractures could result in revision surgeries that in turn could cause “serious adverse health consequences such as permanent loss of shoulder function, infection, or rarely death,” according to the FDA.

(The causes of death in shoulder replacement fracture patients included pulmonary, cardiac, and abdominal complications, according to a study published in the Journal of Shoulder and Elbow Surgery. Researchers found that patients who suffered a fracture after  shoulder replacement surgery “had a 6 times higher incidence of death within 30 days than the general population.” Further, the Journal said that, “Despite advances in technique and implant design, instability after reverse total shoulder arthroplasty remains a challenging postoperative complication… Early instability after reverse total shoulder arthroplasty can be related to inadequate soft tissue, inadequate deltoid tension, malpositioned implants, and/or infection, and outcomes of treatment of early instability are generally poor.”)


Armed with these facts, it is likely that more Zimmer-Biomet shoulder recipients will file complaints. And attorneys are filing lawsuits, despite Zimmer-Biomet saying that “no patient safety concerns have been identified with any of the products manufactured.”

If you or a loved one have suffered losses in this case, please click the link below and your complaint will be sent to a drugs & medical lawyer who may evaluate your Biomet Shoulder Replacement claim at no cost or obligation.
Request Legal Help Now