When it comes to using medications, patients are sometimes willing to risk some side effects to treat a condition, but when the side effects can be permanent, as with the alleged Zicam side effects, patients may not be so willing to take that risk. In 2009, the US Food and Drug Administration (FDA) issued a warning about Zicam side effects, reportedly including a risk of the loss of sense of smell. Although the warning came in 2009, it was reportedly not the first time the maker of Zicam heard allegations of Zicam smell loss. 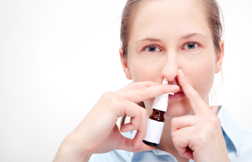 According to an article in The New York Times (09/16/09), in 2006, Matrixx Initiatives paid $12 million to settle 340 lawsuits from Zicam patients who alleged that their use of the cold remedy resulted in a loss of sense of smell. Loss of sense of smell, although not usually directly life threatening, can pose a serious risk to victims. A person's sense of smell is used to uncover hidden dangers, such as a gas leak, fire or rotten food. Without that sense, patients are at more risk to harm from those dangers.

Furthermore, loss of sense of smell is associated with a decrease in quality of life. Patients who suffer loss of sense of smell—a condition called anosmia—often suffer diminished ability to taste food. When the FDA issued its warning about Zicam, it noted, "Anosmia is a serious, disabling condition that may result in the permanent loss of one of the senses, the sense of smell," (09/16/09). The agency further noted that the cold remedies in question are used to treat a condition that will go away on its own, while the side effects can be permanent.

Matrixx Initiatives has said that its products, Zicam Cold Remedy and Zicam Cold Remedy Swabs, are not to blame for patients suffering from anosmia. In a news release issued after the FDA's 2009 warning about the products, Matrixx said that the company "Stands behind the science of its products and its belief that there is no causal link between its intranasal gel products and anosmia," (as quoted by The New York Times; 09/16/09).

But the FDA's 2009 warning sparked a disagreement between the agency and Matrixx. At the time, the FDA's Director of Compliance, Deborah M. Autor, said that Matrixx received more than 800 reports of loss of sense of smell related to some of its products but did not alert the FDA about those reports. The FDA also reportedly sent Matrixx a warning letter that the Zicam intranasal products "may pose a serious risk to consumers who use them."

More ZICAM SMELL LOSS News
Not all Matrixx products were subject to the FDA's warning or claims of anosmia. Those at issue are a small number of intranasal products, meaning they are administered through the nose, and reportedly contain zinc. Products that are taken orally or those that are administered intranasally but do not contain zinc were not included in the FDA's warning.

The FDA noted patients who developed anosmia after allegedly using Zicam intranasal zinc products reported burning or stinging sensations in the nose and a rapid onset of symptoms. In some patients, onset occurred after as little as one use of the product, while in other patients, onset occurred after multiple uses. "We are concerned that consumers may unknowingly use a product that could cause serious harm, and therefore, we are advising them not to use these products for any reason," Janet Woodcock, director of the FDA's Center for Drug Evaluation and Research, said when the FDA's warning was issued (09/16/09).