Patients who suspect they may suffer from Zicam side effects such as the reported Zicam smell loss must undergo tests to determine whether or not they have actually suffered damage to their sense of smell. The good news is that a relatively inexpensive home test can help to determine whether the patient really has suffered from Zicam loss of smell. 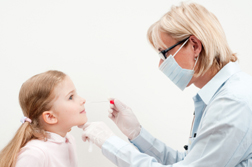 The test is called the University of Pennsylvania Smell Identification Test (UPSIT) and it can be ordered online for between $25 and $50. The test is universally recognized as an accurate determinant of anosmia (loss of sense of smell) because it is designed in such a way as to weed out patients who may exaggerate their olfactory dysfunction. The test is essentially a series of four booklets, each involving 10 odors contained in a scratch-and-sniff format. The patient smells each of the odors and, using provided options in the form of multiple choice answers, identifies each of the smells.

In making the announcement, the FDA noted that the loss of sense of smell is not just a quality of life issue, but can actually have serious consequences for the patient. This is because a sense of smell alerts people to signs of danger in the environment, such as leaked gas, fire or rancid meat.

"Companies have an obligation to the public to demonstrate to the FDA that their products are safe, particularly when there is evidence they may be causing serious adverse events, and they are marketed for minor, self-limiting conditions like the common cold," said Deborah M. Autor, director of CDER's Office of Compliance, in the FDA's news release.