Scientists Address Anosmia, One of Zicam Side Effects

Scientists have conducted research at several California universities in order to determine the possible causes and potential remedies for anosmia, one of the alleged Zicam side effects, according to the San Francisco Chronicle. 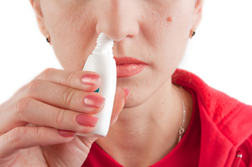 Michael Berg is one individual who had strange sinus problems for most of his adult life, as he had reactions after drinking a glass of wine or smoking a cigar. Doing either of these activities would drastically reduce his ability to smell anything, the news source reported.

The Chronicle reported that after he experienced these strange side effects for several years, in 2005, his sense of smell completely vanished.

"Literally one day we were having dinner, and I remember I couldn't smell or taste anything," Berg, 55, told the news source.

Experts estimate that about two percent of the US population suffers from Berg's condition, a lack of smell known as anosmia. Researchers, led by neuroscientists at UC Berkeley, have provided hope of new therapies for those who have this affliction, regardless of how these individuals ended up with the disorder.

More ZICAM SMELL LOSS News
Researchers at Berkeley, led by Professor John Ngai, found a genetic trigger responsible for renewing smell sensors in the nose. One reason for the onset of anosmia later in life could be that the stem cells age and are less able to regenerate, or they are just depleted.

"The loss of the ability to smell is actually a huge public health problem," Ngai said. "It is underreported, not well understood and not aggressively pursued...It is an underappreciated problem."

The FDA advised consumers not to use certain Zicam cold remedies due to the fact that there is a risk that users will develop anosmia, according to a release from the organization.

Posted by
Nicole Guyot
on October 17, 2016
I used Zicam nose swabs for 2 days during a mild cold nd the next day I lost most of my taste and most of my ability to smell.