A federal appeals court has reinstated a shareholder lawsuit, filed against Matrixx Initiatives, which claimed company officials knew about the risks associated with its Zicam cold remedy. The lawsuit was filed in 2004 and alleged that the company hid questions about Zicam's safety from shareholders. Specifically, the cold remedy has been linked with serious Zicam side effects, including Zicam smell loss (anosmia). 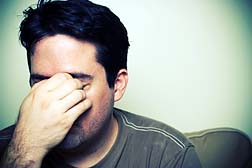 The shareholder lawsuit had been thrown out of court with a judge determining shareholders did not provide any evidence that Matrixx officials deliberately misled them. According to an article in the Phoenix Tribune (October 28, 2009), a three-judge appellate panel determined that shareholders should have an opportunity to present their case to the court, and reinstated the lawsuit.

This ruling could have a serious impact on current consumer lawsuits facing Matrixx. The company faces allegations that it knew about the risks associated with the use of Zicam but did not include proper warnings about those risks. Matrixx officials have said there is no proof that Zicam itself caused the anosmia.

However, the company did announce in 2009 that it would pay $12 million to settle 340 lawsuits, filed by consumers who used Zicam. Meanwhile, two forms of Zicam were withdrawn from the market, after the US Food and Drug Administration (FDA) issued a warning about the link between Zicam and anosmia. A recent report in Reuters (October 26, 2009) indicates that FDA is not willing to change its position on Zicam and noted that FDA identified cases where Matrixx should have filed serious adverse event reports concerning reactions linked to Zicam.

More ZICAM SMELL LOSS News
According to the Tribune article, research at the University of Colorado uncovered 10 patients who lost their sense of smell after they used Zicam. Researchers were to present their findings to the American Rhinologic Society in September, 2003, but one of the researchers was informed by Matrixx that he did not have permission to use the Zicam name. The presentation was still made, but without mention of Zicam.

The reinstated lawsuit alleges company officials knew in late 2003 and early 2004 that some consumers used Zicam and lost their sense of smell, but failed to warn about that risk and did not tell shareholders about the link between Zicam and anosmia. Furthermore, the lawsuit claims that Matrixx did not disclose to the Securities and Exchange Commission that Matrixx faced a lawsuit concerning Zicam.