Merck/Schering-Plough announced on Tuesday January 22, that they are pulling all direct-to-consumer (DTC) television advertisements for their Zetia and Vytorin products. Zetia is Merck/Schering's branded anti-cholesterol drug which is also used in Vytorin, which contains Zetia and the statin drug Zocor (simvastation).

Merck/Schering's DTC ads aimed to convince consumers that their products were the best choice for lowering cholesterol and reducing heart attack and stroke risk. At least one of their ads specifically implied that Zetia was superior to less expensive generic statin drugs. The companies were spending more than $180 million a year on DTC advertising for Zetia and Vytorin.

The ads made these claims despite clear evidence from Merck/Schering's own ENHANCE testing that neither Zetia nor Vytorin performed any better than statin drugs alone. Merck/ Schering knew of these test results in early 2006, but only released them to the public earlier this month. 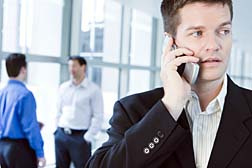 Merck/Schering's advertising practices had already come under congressional scrutiny. A week before the ads were pulled, the Subcommittee on Oversight and Investigations of the House Energy and Commerce Committee asked the companies to turn over a wide array of documents related to Vytorin marketing. They were especially concerned about Merck/Schering's marketing practices during the two-year period before the ENHANCE results were released.

The day before the ads were pulled, Dr. Sidney Wolfe, director of the Health Research Group for Washington-based advocate Public Citizen, told Advertising Age magazine, "There's a $20 billion market for cholesterol-lowering drugs, and companies will do whatever it takes to get as much of that market as they can, even if it means letting people continue to take prescription drugs that they know are not beneficial and that even may be harmful. What's much more likely is that the companies put their stockholders above their responsibility to public health."

Even before the companies ended DTC advertising, the fallout from the ENHANCE test results was taking its toll on Zetia and Vytorin sales. Verispan, a drug data vendor, reported that Vytorin prescriptions fell 9.5 percent for the week ending January 18, 2008, from over 397,000 to under 360,000. Additionally, Merck/Schering's stock dropped another four percent on top of an earlier 20 percent loss.

More News
Zetia and Vytorin were Merck/Schering's biggest cash cows, driving the companies' double-digit sales growth for over three years. They knew that the ENHANCE test results threatened those exploding profits and were reminded of it at a "CEO Unplugged" presentation hosted by Morgan Stanley in December 2007. At that meeting, one Morgan Stanley analyst asked, "What's the organization [Merck/Schering] thinking embarking on this study and putting such an important franchise at risk, given that you didn't have to do the study? But now you own the study, and it's yours, and you've got to continue to protect what is obviously the most important franchise."

Schering-Plough CEO Richard Clark had already made it clear that protecting their cash cows was an overriding priority in June 2006 when he said, "Vytorin and Zetia are critical to the future of Merck (and) critical to the future of Schering-Plough as well. So we will do everything we must to maximize both of those products." And so they did, delaying release of the test results and continuing to run misleading advertising in the face of what they knew. And now (to extend the barnyard metaphor) the chickens are coming home to roost.