Zetia/Vytorin: Whose Word Can You Trust?

The long-delayed release of the ENHANCE testing results for Merck/Schering-Plough's Vytorin anti-cholesterol drug on January 14 brought on a storm of responses. The ENHANCE results indicated that Vytorin, which combines Merck/Schering's Zetia with generic simvastatin (Zocor), did lower patients' LDL (bad) cholesterol somewhat better than simvastatin alone, but did no better than simvastatin alone in reducing arterial plaque build-up, the prime cause of stroke and heart attack.

Apart from the nearly two-year delay in releasing the ENHANCE results, much of the controversy surrounding Vytorin centered on whether doctors should continue prescribing the costly combination drug for their patients—and, of course, whether patients were actually getting any benefit from Vytorin that they couldn't get for much less using simvastatin. Some commentators, such as Dr. Steve Nissen, a cardiologist with the Cleveland Clinic, flatly said, "My advice to physicians is not to use Vytorin or Zetia as first-line agents any more...there is no evidence that the drugs actually produce any benefit for patients." 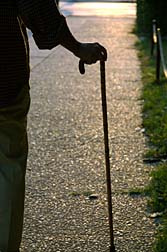 Others were more supportive of Vytorin—and of course, Merck/Schering, who were making $5 billion a year from it. Notably, the American Heart Association (AHA) issued a statement on January 15 (the day after the ENHANCE results were released). That statement said that the ENHANCE results were inconclusive and that because "Vytorin does not appear to be unsafe," Vytorin users should consult with their doctors before changing their medications—no one, of course, had suggested not doing that.

The smaller American College of Cardiologists (ACC) issued their own Vytorin statement on January 15, saying that "The American College of Cardiology recommends that major clinical decisions not be made on the basis of the ENHANCE study alone." They also said that "Conclusions should not be made until the three large clinical-outcome trials are presented within the next two to three years" and recommended that "Zetia remain a reasonable option" for patients who could not take statin drugs.

Two or three years is a rather longish wait if you're at risk for heart attack today, of course. Neither organization chose to address the overriding issue of whether Vytorin or Zetia were worth the expense and often painful side effects if they weren't doing anything to help prevent heart attack or stroke.

More News
Nor did AHA mention that they receive about $2 million a year from Merck/Schering; or that— until very recently, and after January 15—their Web site's "Cholesterol" page contained a direct link to Merck/Schering's Vytorin page. ACC didn't mention their Merck/Schering contributions, either. After this news broke, AHA president Dr. Daniel W. Jones did say that AHA doesn't normally name its drug company sponsors in news releases that contain advice to patients.

That wasn't good enough for the House Committee on Energy and Commerce. Their Subcommittee on Investigations and Oversight, which has been doggedly investigating a wide range of Vytorin-related issues, immediately shot off letters to AHA and ACC requesting more information about their relationship to Merck/Schering.

Both organizations claim that Merck/Schering's sponsorship had nothing to do with their statements, which they say were issued to reduce confusion in the aftermath of the release of the ENHANCE results. Dr. Sidney M. Wolfe, head of the Public Citizen's Health Research Group, has a slightly different opinion about the groups' objectivity, however; he says, "The American Heart Association gets paid and essentially does the company's bidding."