When the makers of Zetia announced that they were changing the goals of a clinical trial of the drug, after the trial had already been started, the companies faced a great deal of criticism. According to an article in Forbes, the situation was actually more controversial than that.

The reason is that, according to Forbes, when the companies made the decision to change the endpoint of the trial, the lead investigator in the trial was not present. For a company to make such a decision without the input or involvement of its lead investigator is highly unusual. In fact, one researcher, quoted in Forbes, called the move "shocking." 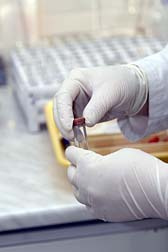 The trial, known as ENHANCE, tests whether Zetia and another drug, Vytorin, are better at clearing plaque out of arteries than generic drugs. On November 19, 2007, Merck and Shering-Plough said that after two years of delays, they would finally release the results of the study. However, they also announced at that time that the endpoint of the study (meaning the goal of the study) would be changed. Then, according to Forbes, on December 11, they changed their minds and said the endpoint would not be changed, to the relief of the lead investigator.

However, the announcement about the ENHANCE trial endpoint does not change that the makers of Zetia have delayed releasing the results for two years. Nor does it alleviate the concern of patients who are worried that they are at risk of liver problems because they took Zetia with a statin. Furthermore, patients who take Zetia are also at risk of extreme muscle pain.

More News
Complaints are starting to come in from patients who say they suffered liver problems and/or muscle pain after taking Zetia. The story is relatively new, so as more information comes out about the risks of Zetia, more people will likely come forward with complaints. How liable Merck and Schering-Plough will be for harm done to patients depends on what they knew about the risks of Zetia and whether or not they concealed that information. Based on media reports from sources such as The New York Times, it certainly appears that the companies had reason to believe that Zetia carried risks that were not made public.

It is no longer surprising that a drug company may have known about the risks of a drug but not made those risks public. Unfortunately, it means that more and more patients are left taking drugs without knowing the full extent of the possible serious side effects of those drugs.