A study into the effectiveness of cholesterol drug Zetia completed months ago may shed new light on the true effectiveness of the Shering-Plough and Merck product, and the potential for liver damage. However, the manufacturer has been dragging its heels, so much so that the investigations subcommittee of the House Energy and Commerce Committee (HECC) gave them until Christmas to turn over documents.

The holidays have passed. As everybody gets back to work in the New Year, it will be interesting to see if Shering-Plough and Merck have complied with that request, or will wait until their stated intent of releasing the Enhance trial results in the Spring.

While that's only a few months away, the release is more than a tad tardy. The results of the 720-person Enhance trial were supposed to have been released last spring (2007). Then a fall deadline was missed.

What's more, Missouri Democrat John Dingell, who chairs the HECC, and his subcommittee chair Bart Stupak (D-MI) want to know why the trial was not registered in the government database until 18 months after completion. 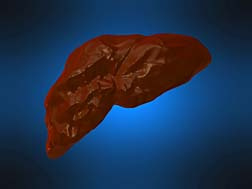 Prior to the US Food and Drug Administration (FDA) enacting legislation requiring clinical trials to register prior to their start date, registration was voluntary. While it appears that Zetia took advantage of that voluntary status and registered the trial only when required, the delay in releasing the data only succeeds in further blackening a cloud of suspicion already hanging over Zetia.

The Enhance trial was designed to measure the efficacy of a combined therapy of Zetia and Zocor, to Zocor alone.

The FDA approved Zetia, known generically as ezetimibe, in 2002 to lower bad cholesterol (LDL) levels. However, according to online watchdog Integrity in Science and other sources, Zetia has never been proven via clinical trial to actually lower mortality rates from heart attack and stroke.

Zocor, on the other hand, is a drug in the statin class. Statins have been proven to lower mortality rates. What's more, Zetia has been increasingly combined with statins in recent years, to the point where a branded product known as Vytorin that combines Zetia with Zocor (simvastatin) has captured 20 per cent of the lucrative cholesterol-lowering market.

Here's the concern: various sources have raised the alarm about the possibility of liver damage when Zetia is combined with statins over the long term. There have been reports that some participants in the Enhance trial were forced to drop out after liver issues surfaced. And early investigations into the effect of Zetia combined with statins found an incidence of liver damage in animals over the long term.

Even before Zetia was approved by the FDA in 2002, one of the FDA's own investigators issued a stern recommendation that Zetia not be approved for that very reason.

The FDA however, in a common refrain, believed then as it does now that the benefits of Zetia outweighed the risks.

More News
Of note is the requisite 12-week clinical trial conducted prior to Zetia being approved which, according to experts, is not long enough for liver damage to be generally recognized. And recent reports of the existence of various studies that the manufacturers decided not to publish produced findings that, according to a Schering-Plough spokesperson, were not scientifically significant and did not warrant publishing.

And now comes—eventually—the Enhance trial results. Integrity in Science reports that Shering-Plough and Merck wanted to alter the trial's clinical endpoint, but abandoned the attempt after heavy criticism from cardiologists, eventually re-instating the original trial protocols.

Thus, we wait—until the manufacturer complies with the HECC request, or until March when Shering-Plough and Merck indicated that the Enhance Trial results would be released.

We wait, while the dark clouds continue to gather over Zetia.