After a two-year delay, Merck/Schering-Plough Pharmaceuticals has released the ENHANCE test results for its controversial Vytorin combination drug. Vytorin combines Merck/Schering's Zetia and the statin drug Zocor (generic simvastatin). The tests showed that Vytorin performs no better than simvastatin alone in reducing plaque buildup in the arteries.

Arterial plaque buildup (atherosclerosis) is a prime cause of strokes and heart attacks. Statin drugs like simvastatin are known to help reduce this buildup; Merck/Schering Plough had hoped that the ENHANCE tests would show that combing Zetia with statins in Vytorinwould do even better.

They were wrong. The tests actually showed that the combination drug is not as effective at slowing plaque buildup than simvastatin alone and does nothing to help reduce existing plaque deposits. "If anything, the trends were going in the wrong direction—the patients getting Zetia actually had a little faster plaque buildup compared to those who got generic Zocor," Dr. Steven Nissen, the chairman of cardiology at the Cleveland Clinic, told media outlets. He called the test results "a stunning reversal for what was previously one of the fastest-growing cholesterol-lowering medications being used." 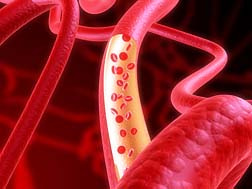 Dr. Howard N. Hodis, a University of Southern California cardiologist, told the New York Times that Zetia's failure to help control or reduce arterial plaque is the most disturbing result of the tests. "Clearly, progression of atherosclerosis is the only way you get events[strokes or heart attacks]. If you don't treat progression, then you get events. That just can't be ignored," he said.

A spokesman for Merck/Schering observed, "Obviously we would have preferred a more favorable result." Considering that annual Zetia sales ran close to $4 billion for the year ended September 30, 2007, obviously they would have. (Vytorin costs roughly three times as much as generic simvastatin.)

More News
That may also help account for the two-year delay in releasing the study's results; Merck/Schering claims that the complexity of the ENHANCE test data caused the delay. However, Representative Bart Stupak (D-Michigan), chairman of the Subcommittee on Oversight and Investigations of the House energy and Commerce Committee, said in a statement, "In light of today's results, which were released nearly two years after the ENHANCE trial ended, it is easy to conclude that Merck and Schering-Plough intentionally sought to delay the release of this data."

In the absence of the ENHANCE test results, doctors have been prescribing Vytorin in the hope that it would do what Merck/Schering claimed: help prevent strokes and heart attacks. Now that the test results are out, Dr. Nissen says, "My advice to physicians is not to use Vytorin or Zetia as first-line agents any more... Right now, five years into this, with nearly one million prescriptions per week being written, there is no evidence that the drugs actually produce any benefit for patients."