The outlook on cholesterol-fighting statins only gets better, while cholesterol drug Zetia continues to be cloaked in a shroud of secrecy. At issue is a study on Zetia's safety and effectiveness that was completed two years ago by Merck and Schering-Plough, but was never released. The so-called Enhance study, which should give the best indication yet of Zetia's value, as well as risks and side effects, isn't due to be released until March.

Congress asked for the immediate release of the data before Christmas, but it is not known if Merck and Schering-Plough complied with that request. The Enhance study was completed in April 2006. 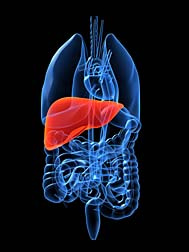 Zetia, and a statin in combination are considered a powerful and potent means to lower cholesterol—and the tandem has become quite popular. So much so that Merck and Schering-Plough engaged in a joint venture with the development of Vytorin seven years ago. Introduced in mid-2004, Vytorin is the combination of Schering-Plough's Zetia, with Merck's statin drug Zocor, which lost patent protection in 2006.

The two manufacturers are in the throes of developing another combo, to be introduced in a few years.

However, the concern with Zetia seems to be this very combination with statins, given concern for the potential of liver damage. Even before Zetia was approved by the US Food and Drug Administration (FDA) in 2002, one of the FDA's own researchers recommended Zetia not be approved, due to the emergence of data that found liver damage in animals, when Zetia was combined with statins. Even in the standard 12-week clinical trial, conducted prior to Zetia being approved, there were incidents of trial participants experiencing elevated liver enzymes, an indicator of potential liver damage.

The FDA approved Zetia anyway, believing that the benefits outweighed the risks. This, in spite of the fact that trial patients taking Zetia in combination with a statin were 11 times more likely to develop serious health problems than those taking a statin alone. Nearly all of the health problems identified were liver-related.

Most doctors—even those critical of Zetia—believe that the Zetia/statin combo is generally safe for most patients. All agree that patients need to be monitored carefully, for signs of liver damage.

While Zetia has been shown to lower bad cholesterol, it has never been conclusively demonstrated that Zetia alone is effective in reducing the incidence of heart attack and stroke.

Statins, on the other hand, have—and just this week the news on statins got even better, after it was shown that statin use may lower the risk of cancer, and especially lung and colorectal cancers. As described in the Journal of the National Cancer Institute, a study comparing patients in the VA healthcare system found that statin patients had a reduced risk of all cancer types compared with non-statin users, although it has not been shown that statin use can actually prevent cancer.

Still, the news on statins is rosy. The rub is when statins are combined with Zetia. That's where the problems begin to start.

Beyond the initial clinical trial, the manufacturers of Zetia have conducted numerous studies as to the long-term effects of Zetia use—but those findings have never been published. The Enhance trial too, completed in April 2006 was never issued. The New York Times discovered briefing notes related to the various studies on the FDA web site.

If the FDA knew, or knows about the results, it isn't talking. While the posting of briefing notes on a web site is a form of public disclosure, there have been few, if any bulletins released concerning the risks associated with Zetia—and none of the studies beyond the initial clinical trial have been released in full.

More News
A new study, designed to determine Zetia's effectiveness in lowering the risk of heart attack and stroke, was begun last year and will comprise a clinical trial involving 10,000 patients. However, the results will not be known until at least 2011.

Meanwhile as Merck and Schering-Plough, and even the FDA play down risk to the liver, a gastroenterologist in the Netherlands reported two cases last year of hepatitis, a liver disease, in patients taking Zetia in combination with Lipitor. One of those patients has since died. Dr. Mark Stolk believes that other cases will emerge.

It is Lipitor, manufactured by Pfizer that may become Zetia's new bedfellow in ensuing years. While the companies are not yet talking specifics, the new drug will combine Zetia and Lipitor into one, stand-alone drug much like Vytorin is now.

Posted by
Paige
on December 16, 2011
I recently sarted zetia to lower my ldl...am 50 years old 5'6" 125lbs very active, eat a pretty low fat diet, but still have high ldl......am a little concerned about this drug after reading this information.