The House committee that has been investigating Merck/Schering-Plough's two-year delay in releasing the ENHANCE test results for its Vytorin combination drug now wants information on the company's marketing practices.

The results of the ENHANCE tests, which were completed in April 2006, were only released in January 2008. The results showed that Vytorin, a combination of Merck/Schering's Zetia and the statin drug Zocor (generic: simvastatin) is no more effective than simvastatin alone in reducing artery plaque and reducing a user's risk for stroke and heart attack. Merck/Schering's stock has plunged over 23 percent since the test results were released. 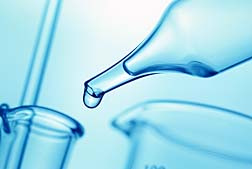 Now the chairmen of the House Energy and Commerce Committee and of its Subcommittee on Oversight and Investigations have sent letters to Fred Hassan and Richard Clark, the chairmen and CEOs of Schering-Plough and Merck respectively, about their advertising campaign for Vytorin. They want to know why Merck/Schering continued airing cheerful, folksy television ads claiming Vytorin's superiority over statin drugs for the two years when they had the ENHANCE results that proved the exact opposite. The letter asks for all scripts, correspondence, financial information, and contracts related to the Vytorin marketing campaign.

The letter from Michigan Democratic congressmen John Dingel and Bart Stupak says, "Given Vytorin's large market share, we believe that the vast number of patients who have been using Vytorin could have learned of its insignificant benefits earlier than January 2008. In addition, given the frequency of Vytorin advertisements, it concerns us that a study showing that Vytorin provides no increased benefit was not issued for nearly two years while direct-to-consumer advertisements were carried on the airwaves. This situation raises concerns that the drug companies and their advertisement agencies profited at the significant expense of patients' health."

More News
Additionally, in the past week the first class-action lawsuit has been filed based specifically on the risk to patient health caused by the delayed release of the ENHANCE results. Filed on January 17 on behalf of a Vytorin user in the US District Court of New York, the suit seeks class-action status for all US Vytorin users.

The suit charges, among other things that Merck/Schering misrepresented the safety of Vytorin; failed to warn consumers that Vytorin might actually worsen arterial plaque; knowingly and fraudulently endangered users' lives; and knowingly concealed their knowledge of Vytorin's defects. The suit seeks compensatory and punitive damages.

We can expect many, many more similar suits in the days and weeks to come. Small wonder that Merck/Schering kept the ENHANCE results under wraps for two years; now that suspicions about Zetia and Vytorin have been confirmed, the legal floodgates are open.