Zetia/Vytorin: "I can't afford to take any more chances."

George Stavros fits the profile of someone who would be prescribed Merck/Schering-Plough's Zetia anti-cholesterol drug to help prevent a possible heart attack. The question is whether it did him more harm than good.

Stavros (not his real name pending possible legal action) has a history of cardiovascular disease dating back to 1998, when he had the first of many arterial stents implanted. Following the implant, he was placed on a series of statin drugs, including Pravachol, Zocor, and Baychol.

In 2001, Stavros suffered a bout of rhabdomyolysis, which is a rare but very dangerous side effect of statin drugs. Rhabdomyolysis causes breakdown of muscle tissues and release of the breakdown products into the bloodstream. At worst, it can lead to kidney failure and death. 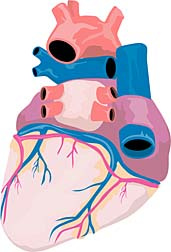 In Stavros' case, he experienced severe pain and weakening in the legs. He says, "After two weeks in the hospital, I was released with plastic boots because I couldn't walk. That improved a bit after several weeks of physical therapy, but I still have lost all motion and feeling from the knees down in both legs."

Because Stavros was clearly statin-intolerant, his doctors looked for alternative means of controlling his cholesterol. He was placed on Trivor and Nispan, two effective non-statin cholesterol medications. Stavros says, "They were trying all kinds of medications. I had Zetia three years ago, but I couldn't tolerate it. I had pains in my legs and elsewhere, so after ten days I stopped it."

Over time, Stavros required several more stents for arterial blockages. When his doctors suggested resuming Zetia last year in hopes of further reducing his heart attack risk, he says, "I decided that I would tolerate it as much as I could. It showed some good results in reducing my cholesterol, but not on reducing the blockages." Resuming Zetia, Stavros says, also caused severe neck pains, but he stuck with it.

In September 2007, Stavros had an angiogram that came up negative for any worsening arterial blockages—seemingly good news. Then on December 31, he was rushed to the emergency room with severe chest pains. "I had to have two more stents impanted," he says, "and I had to wonder why and how I suddenly developed a 95 percent arterial blockage in three months."

More News
Two weeks later, Stavros learned of the release of the ENHANCE test results for Zetia and Vytorin: "I saw the story on the news. They mentioned that the studies had been done, but the company [Merck/Shering-Plough] didn't release the results and kept them hushed up for two years while they made five billion dollars off of Zetia. They said it did reduce cholesterol, but it also seemed to increase the chance for arterial blockages, in some cases as much as 50 percent. That immediately caught my attention, because it was exactly two weeks since I had had the two stents put in."

"After learning all this, I told my doctor that I was going to stop taking Zetia. I told him that I can't afford to take any more chances after the incident in 2001. He said to go ahead and stop taking Zetia and come back in three weeks for a blood test. We'll decide what to do from there."

Since stopping Zetia, Stavros says that the pain in his neck muscles has abated somewhat.. He says, "Zetia did reduce my cholesterol some, but not enough to avert a heart attack. I've done some more studying about all this, which eventually led me to lawyersandsettlements.com; I hope this will help people find out more about this medicine that seems to do as much harm as good."