When Jennie came out of surgery, she was told that Yasmin was the biggest factor in causing her to have a pulmonary embolism. And her doctor said that had she waited one more day, the 23-year-old wouldn’t be alive. 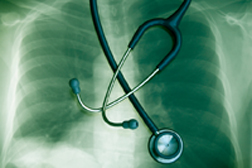 “I was working as a student teacher in Denver last spring and started getting short of breath,” says Jennie.
“It got progressively worse. I had chest pains and could hardly walk upstairs. When I got home in May, it got so bad that I went to emergency…”

Jennie had no idea what was happening, and she was scared. At first she only had x-rays, which showed scar tissue on her lungs. The doctors thought she had pneumonia but one doctor thought it could be something else (thank god) and ordered a CT Scan. Just as he suspected, blood clots in Jennie’s lungs had made a portion of the lung die, hence the scar tissue.

“I was ambulanced to Sioux Falls - they had a better-equipped cardiac unit,” Jennie explains. “Needless to say, I was freaking out a little bit. They rushed me into surgery and hooked up an IVC filter into my legs [an IVC filter traps blood clots that break loose from veins]. I couldn’t move for 24 hours and I was in a lot of pain, taking a lot of morphine.”

Jennie spent the next five days in the hospital, with her parents close by. She was getting Lovenox injections along with a combination of warfarin and coumadin until her blood was thin enough. She has to take the blood thinner coumadin for the rest of her life.

“The doctors explained that I have a blood clotting factor but Yasmin pushed it over the edge,” Jennie says. “It wasn’t until I got out of surgery that I heard about Yasmin side effects. I was pretty upset because nobody had ever told me about Yasmin blood clots or Yasmin DVT and other problems that could arise.”

Like most of the population, Jennie trusted her doctor: who would prescribe a dangerous medication? And she didn’t think about reading the warning label on the drospirenone birth control package.

“I missed college graduation, but I got my diploma,” says Jennie, who now has a full-time teaching job. But Yasmin has forever affected her life.

More YASMIN BIRTH CONTROL News
“Getting blood drawn weekly for protein levels is really inconvenient and expensive - I have lots of medical bills,” Jennie adds. “I’ve paid a few thousand dollars in hospital visits and lab work, and that is with medical insurance. My 5-day hospital visit alone was over $70,000 so I am very grateful for insurance.

“I can’t ever again take birth control. My only option is natural family planning and condoms. That scares me a bit too because it isn’t the most effective. I’m abstinent for now and I have a career, but one day I want to have a family.

“And I constantly live in fear that this will happen again. As for Bayer, they should completely take Yasmin and all their drospirenone birth control products off the market. I am only 23 years old; I shouldn’t have gone through this. The scariest thing of all was when my doctor told me that if I waited just one more day, the blood clot could have traveled to my heart and I wouldn’t be here today.”